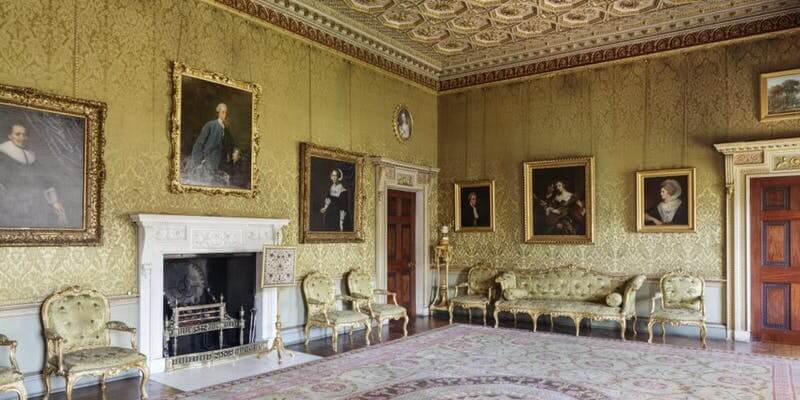 This conference will bring together academics and curators to seek patterns of patronage amongst goldsmiths and bankers, an influential and diverse social grouping which has contributed significantly to both our architectural and artistic heritage. It will identify the range of social, economic and political motivations for their participation in high material culture and explore case studies of particular individuals, objects and places to illustrate the sheer variety of manifestations of the goldsmith and banker as collector and patron.

Two of the key National Trust examples, Osterley and Stourhead,will set the scene in papers by James Rothwell and Dr John Chu. Dr Tarnya Cooper, Professor Malcolm Airs and Anthony Hotson will then examine aspects of art and architectural patronage in the 16th and 17th centuries. The role of print collections amongst 18th century goldsmiths in the southern Netherlands will be analysed by Dr Wim Nys and there will be papers on the collections, collecting habits and artistic pursuits of Stephen Alers Hankey, Lionel de Rothschild and James Walker Oxley by Robert Wenley, Diana Davis and James Lomax. Dr Dora Thornton will focus on the gift to the Goldsmiths’ Company in 1919 by James Pierpont Morgan of an Elizabethan double bell salt in silver and Dr Irene Galandra Cooper will present the collecting of the 20th and early 21st century banker,Bruno Schroder, through his Goldsmiths’ Court cup by Kevin Coates. The keynote address, by Dr Perry Gauci, of Lincoln College, Oxford, will explore the interrelation of the commercial and cultural activities of London private bankers before bringing together strands explored throughout the day and opportunities for further work.

This conference organised by the National Trust, with the support of Waddesdon Manor and the Goldsmiths’ Company, will be held in the magnificent surroundings of Goldsmiths’ Hall in the City of London on Monday, 28 October 2019.

£60 including lunch    £40 without lunch     Tea and coffee are included in the registration fee https://www.eventbrite.co.uk/e/goldsmiths-bankers-as-collectorsconference-tickets-66333584537Information and enquiries:richard.ashbourne@nationaltrust.org.uk