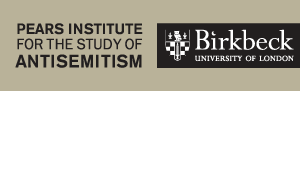 German Reparations and Rebuilding Jewish Life after the Holocaust

This lecture is one of a series exploring themes from the exhibition, Jews, Money, Myth at the Jewish Museum London (19 March – 7 July), developed in collaboration with the Pears Institute for the study of Antisemitism.

Reparations from the West-German government for the material destruction of European Jewry by Nazi Germany were critical to the rehabilitation of Jewish communities and Jewish survivors’ lives. In this lecture, Professor Zweig explores the difficult and controversial decisions that Jewish leaders and office holders in Israel and the diaspora had to make before it was possible to even begin the pursuit of economic justice.

Who would, or could, rightly claim heirless family property on behalf of the Jewish world? And what of communal property – schools, synagogues, orphanages, old people’s homes, and more – where communities had been obliterated? Should Jewish communal life be restored in Germany and Austria? Or in Poland? Or should funds be spent in building up the Jewish community in Palestine and supporting its struggle for independence? And when the demand for reparations was formulated, were the claims of Israel and the Diaspora conflicting? How these issues were resolved and by whom are the focus of this lecture.

Ron Zweig is a Professor of Israel Studies at New York University. He specialises in Hebrew and Judaic studies, with particular reference to the British Mandate in Palestine. His book The Gold Train: the Looting of Hungarian Jewry, (Penguin, 2002) has been published in English, Italian, Hungarian, Hebrew and Japanese.

Free event open to all: http://www.pearsinstitute.bbk.ac.uk/events/events-calendar/german-reparations-and-the-impact-of-post-war-jewish-politics/