Home > Events > German Orchestras, the Volksgemeinschaft, and the Persecution of the Jews, 1933–1945 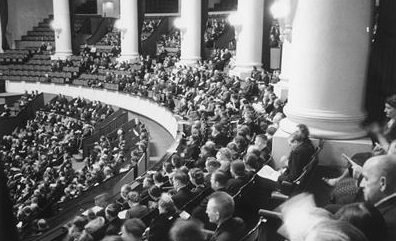 Neil Gregor (Southampton) German Orchestras, the Volksgemeinschaft, and the Persecution of the Jews, 1933–1945

Neil Gregor is Professor of Modern European History at the University of Southampton. He has published widely on twentieth-century German history, including Daimler-Benz in the Third Reich (1998) and Haunted City: Nuremberg and the Nazi Past (2008), both of which won the Fraenkel Prize for Contemporary History. He is currently completing a book on the symphony concert in Nazi Germany.