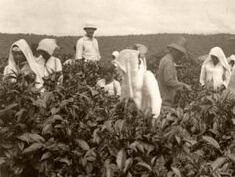 Ralph Lutzelschwab (Berlin)  ‘Where are all the Sermons? Carmelite Preaching in the Late Middle Ages’

This lecture examines the Carmelites, the great unknown in Western monastic history. They experienced their very own migration history, moving from the hills of Mount Carmel to Europe. If they had not opted for exile, they would not have survived. In new surroundings, sermons became part of their regular pastoral routine. The paper will focus on sermons and sermon collections, both manuscript and print, held in a number of Carmelite libraries in Germany and England. How did the Carmelites fulfil their task as preachers? How did they shape the conscience of their flocks?

20 February 2020: Modern German History Seminar (in cooperation with the Institute of Historical Research)

This talk will look at the entanglement of antisemitism, gender, sexuality, and emotion in Nazi Germany. It will focus on Nazi Germany’s violent practices and dynamics, which encompassed other forms of resentment and hostility, but treated men and women conspicuously differently in each case, as can be shown in the race defilement propaganda and persecution of the 1930s and 1940s. The paper will argue that the peculiar ambivalence of these cases was inherent in the attraction of Nazi propaganda and deterrence at the same time.

11 March 2020: in cooperation with the Faculty of History, University of Oxford

The worldwide economic crisis since 2007 is not the first time that financial speculation has been accused of resembling a casino game. The dividing line between speculation and gambling has always been fragile and contested. The debate about the legitimation of certain types of speculation and their resemblance to games of chance enjoyed a heyday around 1900, in both Germany and Britain. Around this time, the anti-gambling movement reached its apogee in both countries and resulted in the legal prohibition of various forms of gambling. At the same time, new financial instruments opened up space for speculative transactions on a hitherto unseen scale. From a comparative perspective, the lecture tries to bring these two strands together and traces how politicians and journalists, economists and speculators strove to draw a line between honourable economic activity and illicit wagering.

12 March 2020: Britain at Home and Abroad Seminar (in cooperation with the Institute of Historical Research)

This lecture will focus on the period after the Second World War, when the landed gentry’s image in British politics underwent a fundamental reconfiguration, with demands for higher taxation losing momentum and a bipartisan consensus for public subsidies emerging. The lecture explores how this change came about and what role the invention of the ‘stately home’ as a key feature of British cultural heritage played in it.

17 March 2020:  Peter Burschel (Wolfenbuttel) ‘The Dance of the Tapuya: On the Cultural Coding of Skin Colour in the Early Modern Period’

This talk will show how European perceptions of skin colour—rather than primarily of skin markings, as had been the case in the Middle Ages—increasingly began to influence European perceptions of non-European ‘aliens’. He will argue that it was only during the sixteenth century that skin was seen as a ‘supra-individual’ distinguishing characteristic that made it possible to structure, classify, and, not least, to hierarchize intercultural encounters chromatically. This shows that the process was not merely about the perception of skin colour per se, but always also addressed the question of who was white, and who was not.

Her presentation will focus on recruitment of labour for the Assam tea industry. It will be argued that recruitment for plantations in colonial India gave rise to institutions and agencies which became separate businesses in themselves. They maintained close links with the industry for which they supplied labour, but these two interests were not convergent since the recruiting agencies’ profitability depended on their ability to leverage the buyers. Moreover, the commercial brokerage of labour, which expanded its net across the country, drew into its profitable sway a vast network of recruiters at different levels as well as whole sets of social relationships and institutions.

Seminars are held at 5.30pm in the Seminar Room of the German Historical Institute, 17 Bloomsbury Square, London WC21A 2NJ. No registration is necessary.