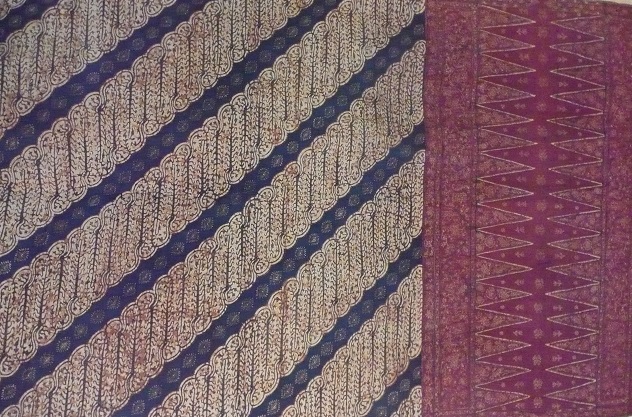 GHIL in co-operation with the Faculty of History, University of Oxford. The Nazis drew upon a wide range of media first to mobilize voters, then to consolidate power, and, ultimately, to motivate German citizens in waging war. The flourishing German film industry lured more than a million spectators into cinemas each year during the war. Blockbusters such as Wunschkonzert, Stukas, and Die grosse Liebe explicitly targeted a young audience who, in their entertainment, craved romance, adventure, and escapism from the realities of everyday life. By juxtaposing these action films and romantic comedies with contemporary events the movies showcased a ‘fun’ and dynamic Nazi society while promoting highly politicized images of ‘modern’ gender relations.

Elissa Mailänder is an Associate Professor of Contemporary History at Sciences Po in Paris. Her research interests include the history of violence, gender, and sexuality. Mailänder’s previous work has focused on perpetrator history and the everyday in Nazi concentration and extermination camps. Her new project examines heterosexual relationships in Nazi Germany and highlights the importance of mass participation and practices of everyday conformity with mass dictatorship.

Focusing on water at times of war, fire, and plague, this talk will look at a premodern society struggling with life-threating dangers but trying to find remedies. Three case studies from the ‘Regnum Teutonicum’ explore war (the siege of Neuss), precautions taken against fire (Strasbourg), and accusations of well-poisoning made against Jews in the late middle ages. They demonstrate that the life-sustaining power of water was crucial for a community. Every threat to water supply — real or imagined — had serious consequences.

Sabine von Heusinger is Professor of Late Medieval History at the University of Cologne. Her current research on water as a precondition for human life allows her to investigate many aspects of social, cultural, and intellectual history in the late middle ages.

The history of cotton has been the subject of much recent research, but blind spots remain. International debates have barely acknowledged the role of early modern Switzerland as one of the most important European areas producing, marketing, and selling cotton cloth in the eighteenth century. This talk shows how Swiss producers and merchants were integrated into global cotton networks and reflects on how cultural history approaches may be reconciled with the debate, dominated by macro-economics, about the Great Divergence.

Kim Siebenhüner is Professor of Early Modern History at the Friedrich Schiller University of Jena. She has worked on early modern religious history, material culture, and cross-cultural exchange. She is the author of Die Spur der Juwelen: Materielle Kultur und transkontinentale Verbindungen zwischen Indien und Europa (2018) and co-editor of Cotton in Context: Manufacturing, Marketing and Consumption of early modern Textiles in the German-Speaking World (forthcoming 2019).

GHIL in co-operation with the Modern German History Seminar, Institute of Historical Research, University of London. Taking the example of Tube Meetom and Rudolf Duala Manga Bell, two boys from elite families of Duala, Cameroon, living with a petty bourgeois German family, this lecture discusses child circulation practices of the Atlantic contact zone in relation to notions of ‘family’ and home-making. On the level of colonial control the ambivalent practices of state control through the male custodian and the agency of the African father by means of financial and social interaction are highlighted. On the affec-tive level an array of relations between extended families points to bonds not governed by the logic of ‘race’ and coloniality. Although in the end the German colonial authorities forcefully limited the ambitions of the two boys by exiling one and executing the other, their life stories advanced African independence movements in the 1930s.

Hugo Drochon will speak first on ‘Nietzsche’s Great Politics: From Bismarck to Hitler’, discussing how Nietzsche’s productive life maps perfectly onto Bismarck’s reign, which was characterized by the ‘great politics’ of German unification and the power politics of the European balance of power. Yet ‘great politics’ was also the way in which Heidegger, Jaspers, and Baeumler of the ‘Hitler prophecy’ tried to make sense of Nietzsche’s politics in the inter-war period, and Drochon’s paper will reflect on how these two moments can help us make sense of our own politics.This will be followed by Philipp Felsch speaking on the ‘The Italian Job: Nietzsche’s Return in the Cold War’ about the return of Nietzsche after the Second World War that was due equally to the new French reception (Deleuze, Klossowski, Foucault, and others) and the critical edition of Nietzsche’s works by the Italian antifascists Giorgio Colli and Mazzino Montinari. Felsch will dedicate his talk to the latter’s political philology.

Hugo Drochon is a historian of late nineteenth and twentieth-century political thought, currently Assistant Professor in Political Theory at the University of Nottingham. He is the author of Nietzsche’s Great Politics (2016).Philipp Felsch is Professor of Cultural History at the Humboldt University Berlin. His recent publications include Der lange Sommer der Theorie (2015) and BRD Noir (2016).

This paper examines the extraordinary career of Buttan Singh, a Sikh wrestler who became the national wrestling champion of Australia in the early 1900s. Later in that decade, he travelled to Britain and Australia. The paper considers Buttan’s transnational peregrinations within three discrete historical contexts. First, it places his story into the broader streams of Sikh migration within the British Empire. Second, it shows how Buttan’s story became entangled in the making of a frontier society in Western Australia. Finally, the paper relates Buttan’s career to that of other peripatetic sportsmen who breached the ‘colour line’ before the First World War.

Prashant Kidambi is Associate Professor of Colonial Urban History at the University of Leicester. He is the author of The Making of an Indian Metropolis: Colonial Governance and Public Culture in Bombay, 1890–1920 (2007; 2016), and is currently completing Cricket Country, a book on the making of the first Indian cricket team.

Seminars are held at 5.30 p.m. in the Seminar Room of the German Historical Institute.Tea is served from 5.00 p.m. in the Common Room, and wine is available after the seminars.Guided tours of the Library are available before each seminar at 4.30 p.m.

For more information on the institute, see https://www.ghil.ac.uk