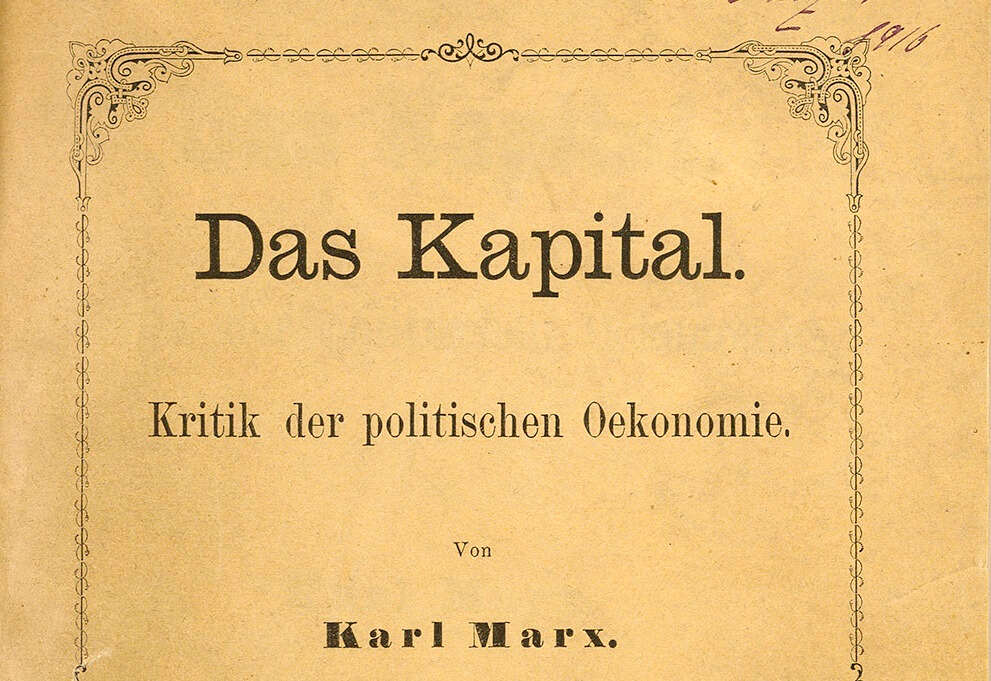 Capital – 150 Years on. Karl Marx and the Social Sciences Today

150 years after the publication of Capital, this interdisciplinary lecture series will probe how Marx’s thinking still resonates in today’s social sciences. Four distinguished scholars will discuss their readings of Marx and their views of his significance for current and future historiography, economics, sociology and social philosophy.

At Marx’s funeral Engels stressed the close parallels between the work of Darwin and that of Marx. But Marx’s idea of nature contradicted the Darwinian idea of nature. This lecture will distinguish between Engels’s idea of Marxism and Marx’s inheritance from the German Idealist tradition and consequently his distance from Darwin’s idea of nature.

Marxist political economy, let alone Marx’s own political economy, has negligible if not zero presence in mainstream economics. In this respect, there is a sharp difference with all other major social sciences in which Marx is seen not only as in important source for understanding the history of its constituent disciplines and subject matter, but also as a vital part of continuing debate and scholarship. Why should Marx be present in other disciplines but absent in economics, and at whose and what expense?

The much discussed growth of top incomes and wealth across many nations has led to a new interest in whether Marx’s emphasis on the prime class divide between bourgeois and proletarian has renewed relevance today. This lecture will review the critical arguments of economists such as Piketty, Stiglitz and Milanovic to cosnider whether  we can usefully detect a ‘global capitalist class’. It will further consider how we can use Marx’s concept of accumulation to give analytical insights into the nature of contemporary class formation.

Karl Marx started his career as a philosopher, and philosophical topics remain visible even in Capital. Twentieth-century philosophers such as Sartre, Adorno and Negri were often inspired by Marx, but in the twenty-first century there is not much ‘Marxism’ left in social philosophy, even in the midst of an intensified debate about capitalism. This lecture will suggest some reasons for this disappearance, such as the ‘normative’ misreadings of the later Frankfurt School. It will also present an alternative reading of Marx’s philosophy, reconstructing his work as a Critical Theory that is till impressive as a social philosophy of contemporary society.