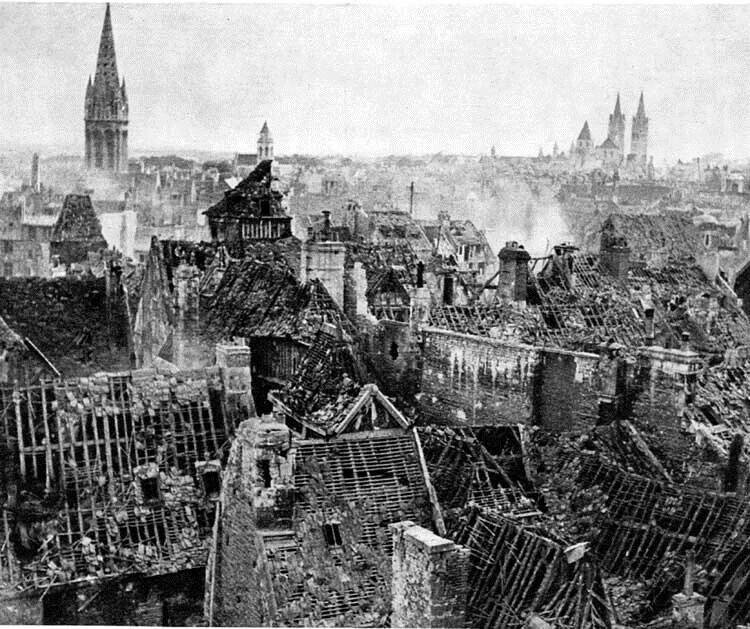 As part of the RAF Museum Research Programme, Professor Andrew Knapp will examine the Allied bombing campaign against targets in France during the Second World War. This lecture forms part of the Museum’s Trenchard Lecture in Air Power Studies.

Studies of the Allied strategic bombing offensive during the Second World War have tended, logically, to focus on the main target, Germany. Yet, over one in every five bombs dropped by the Allies on continental Europe during the Second World War fell on France. Although most of the raids were linked, directly or indirectly, to the Normandy landings, the Allies bombed France from June 1940 till April 1945, and they killed over 57,000 French civilians – a figure of the same order as the British civilian death toll from German action in the same period. This lecture, then, offers an overview of a comparatively neglected aspect of the Allied offensive.

The first part of the lecture focuses on the offensive against France from the Allies’ perspective. When and where did most of the raids take place? What were the main target sets? How relevant to France were non-material objectives such as morale? What opposition did Allied aircraft face from the Luftwaffe? What political problems were presented by bombing a friendly people, and how, if at all, did bombing techniques differ between raids on France and the Reich? And, how successful was this aspect of the Allied offensive? The second part of the lecture considers the French reactions to the Allied offensive, from a variety of perspectives including the Vichy state’s efforts to develop civil defence, evacuation measures, and emergency relief; Vichy’s attempts to use the raids for propaganda purposes, and the Allies’ attempts to justify their actions to the French public; the reactions of French public opinion, as shown in intercepted letters and telephone calls; the reactions of the Resistance, both in general and in relation to Allied aircrews. The conclusion will reflect briefly on the wider issue of bombing friendly populations to liberate them and the political costs and benefits entailed.

Please note that this lecture will be held in the main lecture theatre (MC001) at the University of Wolverhampton, Wulfruna Street, Wolverhampton, WV1 1LY at 18:30PM on Thursday 9 March 2017.

This lecture is free of charge however; we do ask that you pre-book a free ticket, as seats are limited. Booking is quick and easy, we just need some basic contact information. You can find out how to book a ticket here:- http://www.rafmuseum.org.uk/cosford/whats-going-on/events/france-under-friendly-bombs-1940-1945/

Andrew Knapp is Emeritus Professor of French Politics and Contemporary History at the University of Reading. He has also taught at three Paris universities. His recent publications include Forgotten Blitzes:France and Italy under Allied Air Attack (with Claudia Baldoli: London: Continuum, 2012) and Liberal Democracies at War: Conflict and Representation (edited, with Hilary Footitt: London: Bloomsbury, 2013). In French, he has published Les Français sous les bombes alliées, 1940-1945 (Paris: Tallandier, 2014), and Bombardements 1944: Le Havre, Normandie, France, Europe (edited, with John Barzman and Corinne Bouillot: Rouen: Presses Universitaires de Rouen et du Havre, 2016). He has also worked on documentaries for French television on the subject of bombing, and has written extensively on French political parties (especially the Gaullists) and elections.

The Trenchard Lectures in Air Power Studies form part of the RAF Museum’s Research Programme. This programme consists of the First World War in the Air and Cold War Lunchtime Lectures and other events such as conferences.

The Trenchard Lectures in Air Power Studies are held in conjunction with the Royal Aeronautical Society and the War Studies Department at the University of Wolverhampton.

Please note that lectures are subject to change.