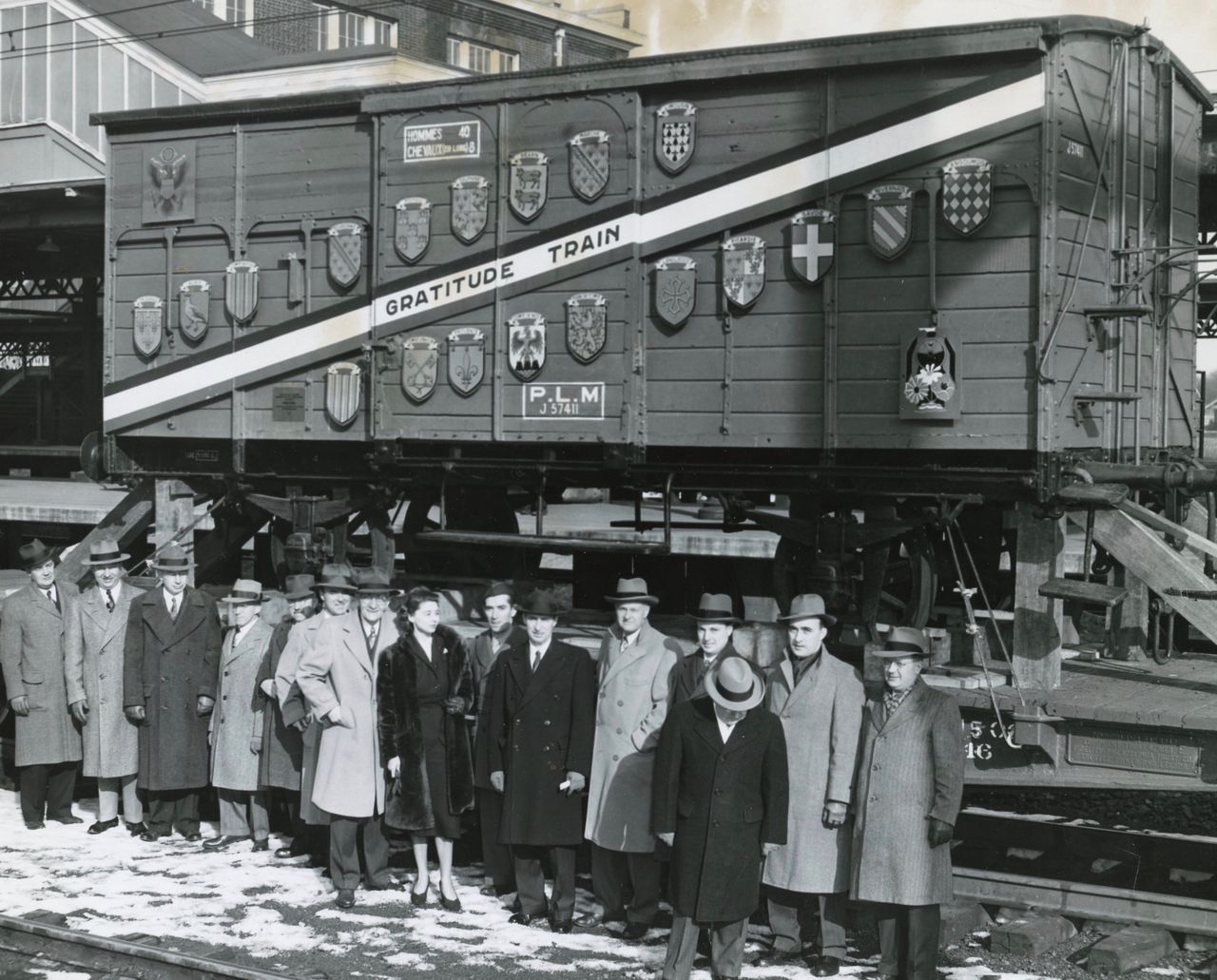 In the story of the liberation of France in 1944, the French were (and still are) generally regarded by the Allied forces as ‘ungrateful’. But what if the French were also grateful in those years? In 1949, a Gratitude Train was transported from France to the USA, with 49 boxcars full of hundreds of gifts from French people to Americans, a sign of gratitude for American aid during and after the Second World War. It was welcomed in huge fanfare.

In this paper, Dr Ludivine Broch studies gratitude in the early Cold War, focussing a lot on the material, visual and textual archives of the Gratitude Train in 1949. In doing so, she highlights the management of emotions in transatlantic relations in the mid-twentieth century, and reveal the social and political importance of both expressing and feeling gratitude in the post-war world. Crucially, though, the vast and unique sources of this train allow us to think about materiality and emotions in the early Cold War, casting light on unknown historical actors whilst doing so.

For more information and to register, please visit: https://www.eventbrite.co.uk/e/feeling-grateful-in-post-war-france-during-the-early-cold-war-tickets-342760534987