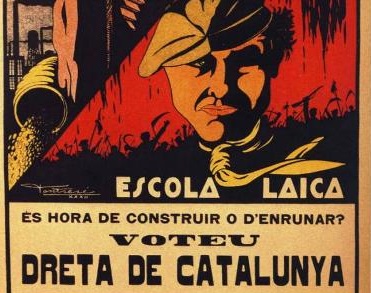 With the rise of secularist worldviews and Bolshevism in the interwar period, a new dimension of religious conflict came to the fore that differed from the previous ‘culture wars’ between liberals and ultramontane Catholics. We employ the notion of ‘apologetics’ to highlight a common feature of these conflicts: both secular and religious groups employed a mixture of learned argument and exegesis of core texts, performative rhetoric and denunciation of the perceived ‘other’ to delineate the boundaries of religious discourses and to shore up support for their position. By bringing the dynamics of religious and secular apologetics into a comparative perspective, and drawing on examples from Western Europe, the USSR, the USA and Asia from the 1920s to the present, the conference will offer historical perspectives on current debates over the place of religion in contemporary politics. Compared to the domination of religious minorities by powerful liberal nation-states prior to 1914, twentieth century religious politics appear instead as a much more diverse and fluid field. Multiple actors positioned themselves in intense political, social and intellectual conflicts over the role of religion in politics and over the shifting boundaries between religious identities and secular politics. The Bolshevik revolution and the emergence of Communist mass parties in Western Europe reshaped and intensified the cleavage between secular politics and Christian actors. Religious and antireligious actors transcended the boundaries of the nation-state in a manner that had previously only been achieved by ultramontane Catholicism. At different junctures across the twentieth century, the atheist Communist, the politicised Protestant pastor, the veiled Muslim woman, or the secular humanist became symbols for the performative display of religious politics and triggered discursive responses across national borders.

The first panel of the conference will question a tendency of theorists of secularism to draw a line of continuity between the nineteenth century and the late twentieth century. The second and third panels will examine the place of apologetics in the religious history of the Cold War era, first in Western Europe and the US and then in the Soviet Union and Asia. The fourth panel is focused on the recent history and the politics of religious conflict in the UK from the 1960s to the present. The specific emphasis here is on how the perception of a largely dechristianised society fuelled the apologetics of both secular and religious actors and triggered intensive debates on the place of politics in the framework of the Church of England.

For a full programme and to register as a participant please log on to http://www.britac.ac.uk/events/defending-faith-religious-and-secularist-apologetics-twentieth-century-politics