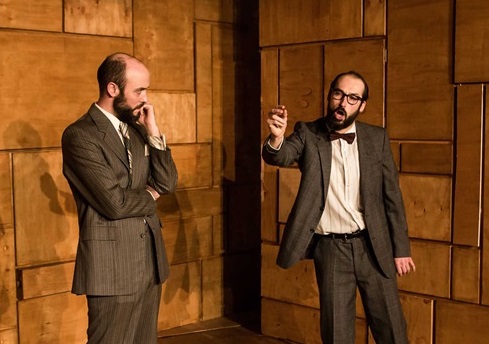 For further information and to book a place: https://www.bl.uk/events/dear-john-the-kin-selection-controversy-2019

Who first proposed the evolutionary theory of kin selection? In this special performance for British Science Week we bring the 1964 dispute between William D Hamilton and John Maynard Smith to life, alongside a discussion led by Helen Piel.

In July 1964 the biologist William D Hamilton published a paper that was to eventually revolutionise the field of evolutionary biology, on the concept of ‘kin selection’. The problem was that in March of the same year, in a letter to the scientific journal Nature, the biologist John Maynard Smith had already introduced the idea – and Maynard Smith had been the referee for Hamilton’s paper.

Join us as we explore the issue of priority (the credit given to the individual or group of individuals who first make a discovery or propose a theory) in ‘kin selection’ through performance and discussion. PhD candidate Helen Piel will explain the origins of the dispute, piecing together correspondence and articles that show how the timeline to the controversy developed, while dramatic readings, by actor Neal Craig, of the correspondence of Hamilton, Maynard Smith and their colleague George Price will bring the dispute to life.

Helen Piel is currently a completing PhD on the History of Science co-supervised by the University of Leeds and the British Library.

Neal Craig has worked on both stage and television including The National Theatre and The Bristol Old Vic as well as appearing in the HBO series A Girl’s Guide to Depravity.