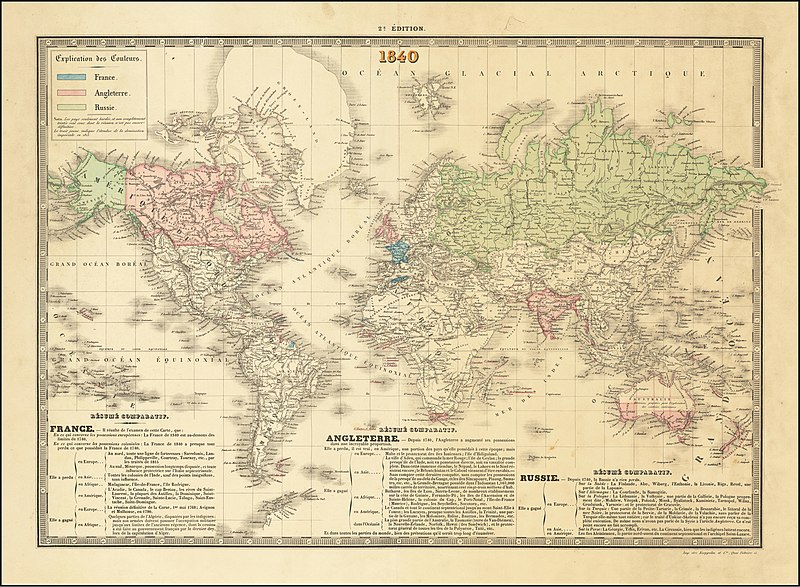 In recent decades, scholars of empire have demonstrated the need to look beyond the nation as an analytical framework for understanding the dynamics of colonial power. Attention to transnational trajectories and exchanges has enriched historical understanding of both the French and British colonial empires. Out of this has emerged a developing field of scholarship on Franco-British inter-imperial relations. The symposium at the University of London Institute in Paris seeks to further develop this field by cultivating exchange between scholars working on connected histories of colonial empire in the South Pacific from the late eighteenth through to the early twentieth centuries. The symposium asks how both connections across empires, and connections between discourse and practice, framed the operation of colonial power.

Throughout this long period of imperialist rivalry in the region, French and British navigators, traders, scientists, artists and agents of their respective states became engaged in exchanges which framed shared imaginaries and formed the basis of practices of political accommodation and even active collaboration. The actions and interactions of indigenous peoples and settler populations crucially shaped fluctuating power dynamics within and across empires, at times exacerbating tensions between the imperial rivals, and at other times bringing empires closer together. The symposium invites scholars working on the South Pacific in this period to interrogate the inter-imperial dimension of colonial power, and to situate empires as players in an imperial field that was constituted by articulated discourses of race, gender and civilisation produced by a range of historical actors.

Proposals for 20-minutes papers, in English or French, are invited from historians and scholars working in and across related disciplines.

Papers may address any aspect of Franco-British inter-imperial history in the South Pacific, including but not limited to:

Two bursaries for travel (return airfare) and limited accommodation (two nights) are available for scholars based in Australia or New Zealand. Eight bursaries for travel (Eurostar or train) and limited accommodation (one night) are available for scholars based in France and the UK. Doctoral students and early career researchers will be prioritised in the allocation of bursaries.

Please send 300-word abstracts and 100-word bios, including name and professional affiliation, to Charlotte.Legg@ulip.lon.ac.uk by 10 June 2022.

Image details: 1840 French map of the world depicting the territories of the British, French and Russian Empires_Public Domain