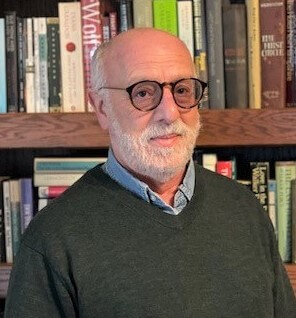 The Centre for Medieval and Renaissance Culture (CMRC) holds an annual lecture in memory of Timothy Reuter, late Professor of Medieval History at the University of Southampton. In keeping with Tim’s own diversity of interests, the lecture each year addresses a comparative theme across region, period or discipline. The lecture is given by distinguished speakers, which celebrates Professor Timothy Reuter’s extraordinary achievements and his vigorous work to create a research culture at Southampton. The lecture will conclude a study day on cultural interactions and exchanges organised by the CMRC (if you want more information about the study day, please email Dr Rémy Ambühl ra4c09@soton.ac.uk)

This year’s Reuter lecture, which is co-sponsored by Southampton Parkes Institute, will be given by Professor Irven M. Resnick (University of Tennessee):

Abstract:
Professor Resnick will look at the controversies triggered by the employment of Christian wet-nurses by Jews in the Middle Ages. Medieval Jews employed Christian wet-nurses despite repeated ecclesiastical condemnations, which typically did not prevail over social and economic interests. But in Etsi Judeos (July 15, 1205) Pope Innocent III, who complained loudly that Jews are unscrupulous usurers, thieves, blasphemers, and secret murderers of Christians, included an unsubstantiated rumour that has generated much scholarly debate: that “on the day of the Lord’s Resurrection (Easter),” after they have received the Eucharist, “the Jews make these women pour their milk into the latrine for three days before they again give suck to the children.” The controversy over wet-nurses did not end there, however. Churchmen will also prohibit Christians from employing Jewish wet nurses, to preserve Christian infants from the ‘stain’ of Jewish moral and physical depravity, turning to later medieval medicine and natural philosophy to affirm the racial inferiority of Jewish blood.

Speaker:
Professor Irven M. Resnick, University of Tennessee (Chattanooga, USA), is professor and chair of excellence in Philosophy and Religion whose research focuses both on medieval Jewish-Christian relations and on the thirteenth-century philosopher-theologian and natural scientist, Albertus Magnus. He is the author of about 60 scholarly articles and the author, translator, or editor of eighteen volumes, including Marks of Distinction: Christian Perceptions of Jews in the High Middle Ages (2012; reissued in paperback in 2022) and Albertus Magnus and the World of Nature (2022, forthcoming). He has been a contributing member to the Center for the Study of Conversion and Inter-Religious Encounters at Ben-Gurion University (Israel), an Associate of the sub-faculty of Near and Middle Eastern Studies at Oxford University’s Oriental Institute, a Senior Associate of the Oxford Centre for Hebrew and Jewish Studies, and a Distinguished Visiting Fellow at the University of London (Queen Mary).

To book a ticket please select the following link: https://www.southampton.ac.uk/parkes/news/events/2022/05/a-wet-nurse-controversy-jews-christians-and-later-medieval-racism.page?