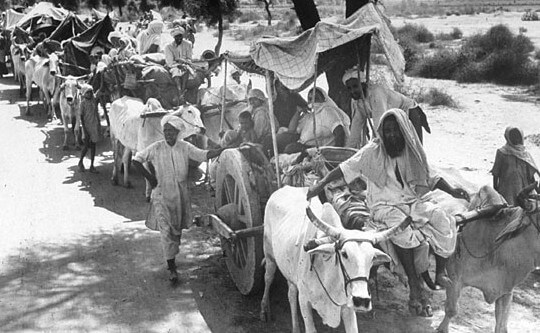 Questions concerning the movement of people across borders lie at the heart of many current political and public debates—an interest that directly relates to the prevailing refugee crisis in Europe. One of the effects of that crisis and related debates has also been a rise in interest in questions concerning the terminology employed, particularly with respect to the differentiation between ‘refugee’ and ‘migrant’. As a recent UNHCR campaign highlighted: words matter.

These concerns serve as a timely reminder that the terminology we employ in history and the social sciences to investigate and define diverse movements of people is complex. This holds true in particular when looking at temporary movements. How do we define this temporality? What are the characteristics of a migration that is only temporary? At what point does a migration initially conceived as temporary become something else, permanent? And what are the effects of temporary movements and transience on both the migrants and their host environments? Within this wider context we invite contributions to an international conference that will explore these and related questions about the nature of temporary migration movements in global context, covering the period c1750 to the present.

Topics the conference will address include:

The conference will take place from 29-30 June 2016 at Northumbria University, Newcastle upon Tyne, and is supported by the ESRC as part of the European, Ethnic and Expatriate project which investigates British and German expat life and social networking in Asia.

For further information about the conference please email:
conference@ethnicandexpatriate.co.uk.