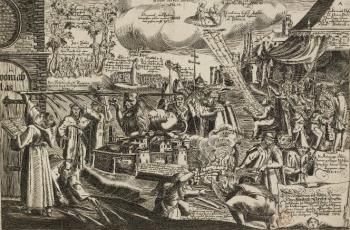 This conference, organised as part of the AHRC-funded research project ‘Remembering the Reformation’ (based at the Universities of Cambridge and York), aims to explore the links between Reformation, remembering and forgetting across late medieval and early modern Europe. We are eager to break out of the restricting paradigms of nationalist historiography and literary studies and to explore the memory of different varieties of Protestant, Catholic and radical Reformation comparatively and alongside each other. We also seek to stimulate discussion of how the memory cultures associated with magisterial and state-led Reformations, and those that resulted in the formation and consolidation of institutional churches, compare with those that were contested, thwarted, and reversed.

The confirmed plenary speakers are: