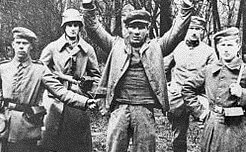 With the recent ‘global turn’ in historical studies, historians are finding new insights into the interconnectedness of our world through a variety of themes, such as migration, trade, communication, intelligence and technology. Violence, especially in the form of warfare, remains one of the most powerful global connectors. As historian David A. Bell argues, ‘Military conquest, of the sort undertaken by Germany and Japan in World War II, is the most direct form of “global connection”imaginable,’ yet it is often overlooked in studies of global history. One must only study World War I, World War II or the Cold War to understand the ways in which violence creates networks across nationalities and spaces. However, war is not the only form through which violence can serve as a connector: indeed, daily forms of violence, such as flogging, created shared corporal experiences amongst
colonized populations and generated intense debates amongst administrators. Terrorist networks represent another form of global violence that occupy the attention of scholars and policymakers alike.

This symposium aims to bring together graduate students and historians for a collective inquiry into the nature, forms and consequences of global networks of violence. The symposium will take place at the University of Cambridge on Friday, September 25th.