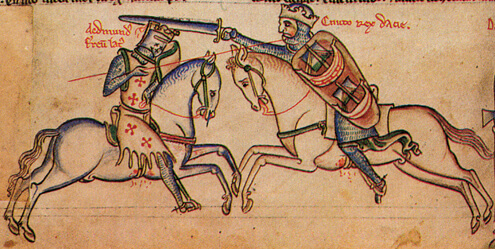 The year 2016 marks the one thousandth anniversary of Cnut’s Danish Conquest and 950 years after William marched onto British shores, but what of those they conquered? The Anglo-Saxon kingdoms stood for four centuries before the Danes or Normans took the monarchy, and even after these conquests, the  Anglo-Saxon peoples remained the primary indigenous population. Anglo-Saxons 2016 reflects upon the culture, history, and impact of the Anglo-Saxons, looking back over their influence across the medieval world.

Anglo-Saxons 2016 is a two-day multidisciplinary conference for postgraduate students and early-career researchers. The conference brings together scholars from different disciplines studying the Anglo-Saxon period in order to share papers outlining their current research around a central core celebration of Anglo-Saxon culture, history, and impact. We will promote discussion, and explore how a range of perspectives can lead to a new understanding of the Anglo-Saxons.

The early medieval period is one of exchange in all senses of the word. The fifth to eleventh centuries in England marked a period of great transformations in culture, history, intellectual development, and materiality through internal and external factors and different cultural influences. Beyond this, we ourselves as researchers will come together in an exchange of knowledge, thoughts, and approaches.

The conference will include any facet of Anglo-Saxon history (inclusive of art history), culture, literature, or  archaeology.

Conference papers and sessions will be on the themes:

Send all queries to OrganisingCommittee@anglosaxons2016.net.