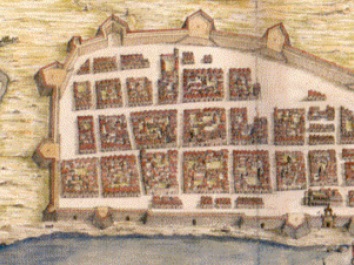 The Global Cities AHRC International Research Network invites proposals from scholars of all humanities and social sciences for its workshop on the topic of “Political Economy” in cities – colonial, imperial, or other – of the early modern or modern and contemporary period.

The interplay between international power and finance and the micro geographies and politics of the global city has been an important topic of study among sociologists and urban historians in the past decades. Likewise, historians of the colonial and imperial city have focused on the dynamic between envoys of imperial authority and economy and local economic agents. The organizers of this workshop wish to encourage a stimulating exchange between scholars of the global city and those of early modern and modern world cities. By exploring intersections in both scholarships we aim to produce an improved understanding of the effect the interaction between such local and global political and economic forces had on the trajectory of urban settings across time and space and within global processes.

Selected participants will be asked to submit a paper of up to 8,000 words by September 1, 2015. Discussion at the workshop will be organized around these pre-circulated papers. The event will be conducted in English and all proposal and paper submissions must be in English. Confirmed participants include Maria Fernanda Bicalho (History, Universidade Federal Fluminense) Hilary Jones (African History, Florida International University), Peter Taylor (Geography, Northumbria University). The network has funds to support travel and accommodation costs, especially for early career scholars.

Global City, Past and Present: “Political Economy” is the second four workshops to be organized by the Global Cities AHRC International Research Network. Our international research network has two goals. Firstly, it seeks to promote interdisciplinary dialogue between scholars working on the history of those cities that anchored Europe’s early modern empires. The network will bring together scholars investigating the city in an imperial setting between 1500 and 1850 to discuss urban life in a comparative framework. Central to discussion will be the network’s second goal, which is to better understand the relationship of these cities to the modern “global city” and the associated process of globalization. While the idea of the “global” or “world” city is well-established among social scientists, urban historians have not customarily considered such labels to describe their subject. At the same time, the long history of such cities is not often acknowledged b y scholars and policy-makers at work in a contemporary urban context. This network will seek to improve our understanding of the global city by promoting discussion of the phenomenon across both time and space.

For more information about the Global Cities Past and Present workshops and the Global City AHRC International Research Network visit our website.