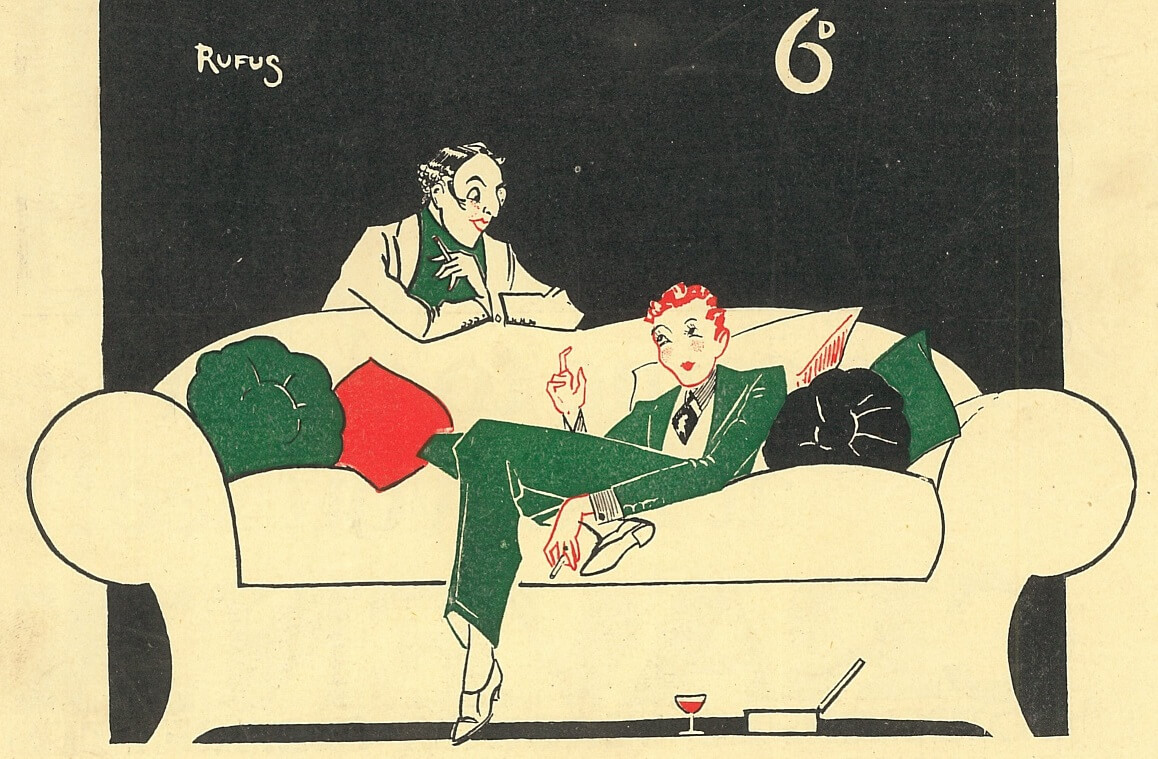 On the eve of the Oxford Pride parade and event, Ross Brooks (Oxford Brookes University) shares his research on the extraordinary queer culture of interwar Oxford.

Immortalised in Evelyn Waugh’s classic novel Brideshead Revisited (1945), the 1920s saw the flourishing of some of the twentieth-century’s queerest writers and artists at Oxford including John Betjeman, Robert Byron, and Emlyn Williams. Long-since styled the “Brideshead generation” by Humphrey Carpenter, Ross will reconstruct what we know of the flamboyant fashions and same-sex affairs of the set and revisit some of their favourite places including the ill-fated Hypocrites Club and the cruisy St. George’s café.

The talk will also explore the increasing presence of female undergraduates at Oxford through the period and recover the experiences of trans students such as Michael Dillon and Jan Morris. Finally, Ross will chart the nosedive in attitudes towards queer people through the 1930s as a changing socio-political scene swept away the last remnants of Oxford’s earlier queer chic and drove the University’s queer aesthetes ever further into the shadows.