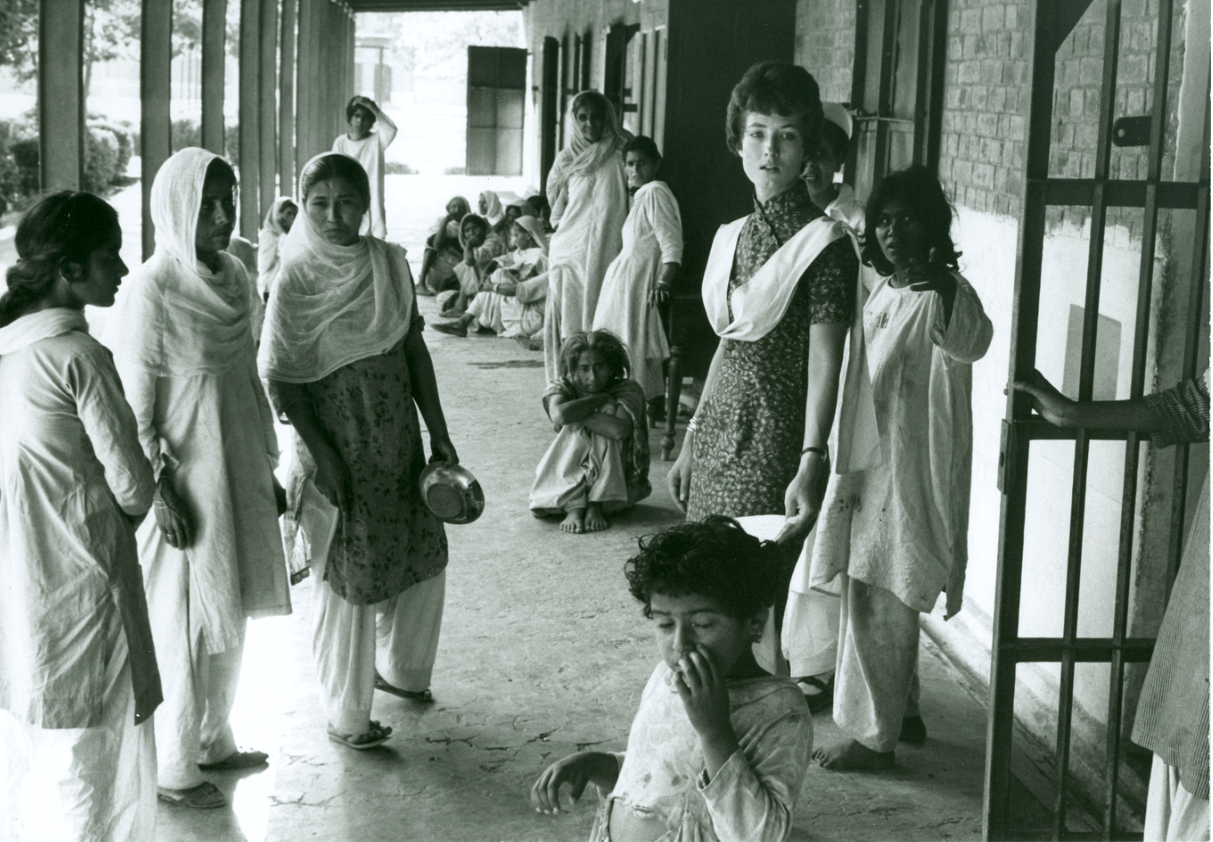 In 1951, a group of Melbourne University students established the Volunteer Graduate Scheme, a program that sent young Australians to assist the postcolonial development of Indonesia. Motivated by internationalist and anti-colonial ideals, it captured the support of governments and ordinary citizens alike. Its influence also spread abroad, inspiring similar programs including Britain’s Voluntary Service Overseas and the United States Peace Corps. Although they were largely government funded, these programs were manifestly public-facing.

In the early 1960s, volunteers were endlessly profiled in the media and were even integrated into popular culture, featuring in television sitcoms and magazines such as Vogue. This coverage engaged public interest in international development, helping to create a climate of support for future appeals from Biafra to Band Aid. As this lecture will show, it also helped construct a new genre of humanitarian glamour, with distinct political effects. Blurring the lines between modernisation and humanitarianism, this coverage popularised an image of beneficent Western intervention still favoured by development agencies and celebrities including Angelina Jolie and Bono. It also added moral legitimacy to the interventionist paradigm of international development that served to occlude its roots in colonialism and the Cold War.

Register here for this (free) lecture and drinks reception (courtesy of the Menzies Centre for Australian Studies): https://www.eventbrite.co.uk/e/2016-reese-lecture-beautiful-humanitarians-by-agnieszka-sobocinska-registration-27251662456

Dr Agnieszka Sobocinska is a Senior Research Fellow at the National Centre for Australian Studies at Monash University, Australia. She is an historian with research interests in the intersection of popular opinion and foreign affairs, particularly in the context of Australia and Asia and of Western constructions of the Third World. She is the author of Visiting the Neighbours: Australians in Asia (NewSouth, 2014), which was shortlisted for the 2015 Queensland Literary Awards. With David Walker, she coedited Australia’s Asia: from Yellow Peril to Asian Century (UWA Publishing, 2012). Currently, Dr Sobocinska holds ARC DECRA funding for a research project tracing the rise and influence of development volunteering programs during the 1950s and 1960s.

The prestigious Reese Lecture at the Menzies Centre for Australian Studies is given annually in honour of Dr Trevor Reese, a distinguished historian of the British Commonwealth and Australia and Reader at the Institute of Commonwealth Studies. This lecture is always given by a younger scholar in the disciplines of history or political science.