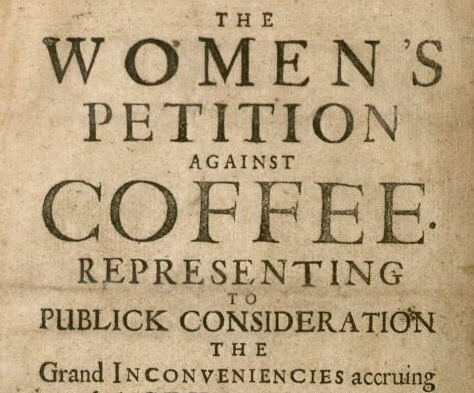 This event will have space for 10-15 participants in addition to the 12 speakers. The workshop will be informal and conversational with substantial time for discussion between the panel presentations, so there will be an opportunity for all attendees to participate.

If you would like to attend, please send a brief statement of your research interests in this topic (100-300 words) to Brodie Waddell (b.waddell@bbk.ac.uk) by Friday, 12 February 2016. Postgraduates and early career scholars are especially welcome.

How can people without official political power push the authorities to act? Historically, one of the most common tactics was to create a petition or supplication. In early modern Europe, petitioning was ubiquitous. It was often the only acceptable way to address local and national authorities when seeking redress, mercy or advancement. As a result, it was a crucial mode of communication between the ‘rulers’ and the ‘ruled’. People at all levels of society – from noblemen and regional assemblies to paupers and prisoners to servants and slaves – used this tool in their efforts to have their voices heard. Some of them were mere begging letters scrawled on scraps of paper addressed to local benefactors while others were carefully crafted radical demands signed by thousands and sent to the highest powers in the land. Whatever form they took, they provide a potentially unparalleled source of evidence for illuminating how ordinary people responded to the challenges they faced in an era of rapid social, political and economic change. Widespread grievances about religion, governance, trade, taxes, charity and many other aspects of early modern life have been preserved in these documents.

This event will bring together historians and literary scholars to provide fresh perspectives on one of the most vital ways in which the supposedly ‘powerless’ were able to speak to ‘the powerful’. Indeed, this event aims to complicate and challenge the concept of a dichotomous relationship between ‘rulers’ and ‘ruled’. By creating an opportunity for leading scholars and new researchers to exchange ideas and expertise, the workshop will enable us to address key questions which are only now emerging as conceptual, intellectual and historiographical issues, and which have so far received attention only within narrow chronological and geographical limits.

– How did petitioning influence relations between workers and employers, paupers and local officers, parishioners and magistrates, subjects and rulers? – Why did mass petitioning emerge in some countries but not in others?- How does the ‘political history’ of national petitioning related to the ‘social history’ of local petitioning? – How much did literary, linguistic and legal conventions shape the production of these documents?- Was the ‘petition’ a distinct literary genre? And what was its relationship to other genres such as private letters or public complaints? – How did supplicants represent themselves to the authorities?- Was there a shared ‘culture of petitioning’ across early modern Europe? Did these ideas and practices spread across borders or did they remain nationally distinctive?

Given the centrality of petitions in early modern societies and their continuing power in both democratic and authoritarian states today, these are questions that deserve our attention. By looking at petitions and supplications from a range of different countries, the workshop will show how their style and substance reflected the unique circumstances of a diverse range of individuals adapting to an ever-changing social reality.

We are very grateful to the Royal Historical Society, the Birkbeck Institute for the Humanities, and the Department of History, Classics and Archaeology at Birkbeck for providing the funds needed for this event.