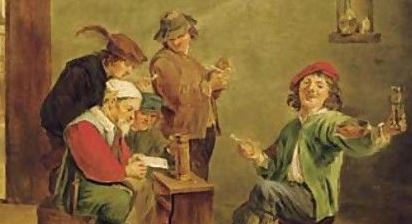 How can people without official political power push the authorities to act? Historically, one of the most common tactics was to present a petition or supplication. In early modern Europe, petitioning was ubiquitous. It was often the only acceptable way to address local and national authorities when seeking redress, mercy or advancement. As a result, petitioning was a crucial mode of communication between the ‘rulers’ and the ‘ruled’.

People at all levels of society – from noblemen and officeholders to paupers and prisoners to servants and slaves – used this tool in their efforts to have their voices heard. Some of them were mere begging letters scrawled on scraps of paper addressed to local benefactors while others were carefully crafted radical demands signed by thousands and sent to the highest powers in the land. Whatever form they took, they provide a potentially unparalleled source of evidence for illuminating how people responded to the challenges they faced in an era of rapid social, political and economic change. Widespread grievances about religion, governance, trade, taxes, charity and many other aspects of early modern life have been preserved in these documents.

On 18 March 2016, historians and literary scholars gathered at Birkbeck to talk about the history of ‘addressing authority’. This was, we conjectured, one of the most vital ways in which the supposedly ‘powerless’ were able to speak to ‘the powerful’. Indeed, as we discussed at the workshop, studying petitioning can complicate and challenge the idea of a dichotomous relationship between ‘rulers’ and ‘ruled’ in early modern society. However, although the event was a wonderful experience, we wanted to widen the conversation further by presenting our thoughts in an open forum and inviting responses from anyone with an interest in the topic.

We have therefore decided to host an online symposium on the Many-Headed Monster, following the success of previous events on ‘History from Below’ and ‘The Voices of the People’. We will be posting short pieces from the workshop’s participants over the coming weeks. They include broad panoramic appraisals and close analyses of specific cases. Some posts focus on the tools, methods and theories that can be used to understand petitioning while others show what particular supplications can tell us about key moments in early modern history. Although most focus on British cases, there are also posts on petitioning in Nuremberg, Venice, the Netherlands and Europe as a whole. We hope that together they demonstrate the centrality of petitions in early modern societies, and remind us of their continuing power in both democratic and authoritarian states today.

A new post will be published every few days over November 2016. We begin with bird’s eye views of the broad landscape of petitioning across Europe (Würgler), England (Waddell) and London (Howard). Then we will zoom in on two very different types of petitions from women in England, specifically their mass petitioning about captured sailors in the 1620s-30s (Hudson) and their individual petitions about seized estates during the Civil Wars and Interregnum (Worthen). Next come three pieces on how petition-writers sought to use carefully crafted supplicatory techniques to encourage charitable alms-giving in English parishes (Tomlin), influence the secretive Venetian authorities (Antonini) or persuade the Dutch ‘public’ (Van Den Tol). Finally, the symposium focuses on the worrisome ways that petitioning might fail to spark ‘democratic’ politics in Scotland (Stewart) and might turn into a policy of surveillance in Nuremberg (Murphy).

The aim of this online symposium is not to present these pieces as a finished ‘publications’ for posterity. Rather we hope that they will serve as spurs to discussion. You are thus warmly invited to reply to these posts with your questions, comments, suggestions and critiques, or join the conversation on twitter via #AddressingAuthority.

Find the links to all the pieces here: https://manyheadedmonster.wordpress.com/2016/11/01/addressing-authority/