Home > Events > A Royal Treasure and its Role in the Renaissance Court: The Royal Clock Salt 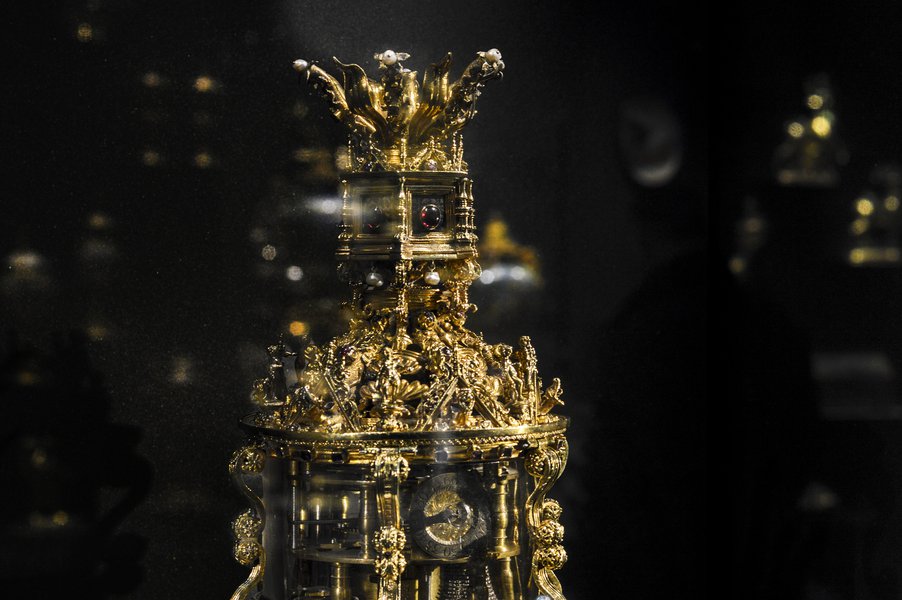 The Goldsmiths’ Company in collaboration with the British Museum and the Rothschild Foundation are delighted to present an international conference celebrating the Royal Clock Salt. One of the Company’s greatest treasures, the Salt has been on loan to the British Museum since February 2018 and is on display in the Waddesdon Bequest Gallery.

The aim of the conference is to shed light on the object’s history, its attribution and the modifications it has undergone. It follows scientific research conducted by the British Museum.

The Clock Salt was probably a diplomatic gift from Francis I of France to Henry VIII of England, or between two of their courtiers. It was made in Paris around 1530-35 and is attributed to the royal goldsmith, Pierre Mangot. As a display piece, it functioned both as a table clock and a salt cellar. Of the eleven clock salts listed in Henry’s collection after his death, only this one survives. It reappears in inventories until it was sold from the Royal Collection after the Civil War in 1649. It is one of only four known surviving pieces from the several thousand items of goldsmiths’ work that once belonged to Henry VIII; another is the fifteenth-century French Royal Gold Cup in the British Museum.