Series One ran between March and October 2021 with 13 commissioned articles capturing new work in race and its relationship to history.

Series Two begins on Wednesday 9 February with Professor Bruce Buchan’s article — ‘Charting Time and Visualising Race in Enlightenment Thought’ — which considers perceptions of race, and their legacies, in the work of the eighteenth-century Scottish moral philosopher, Adam Ferguson. 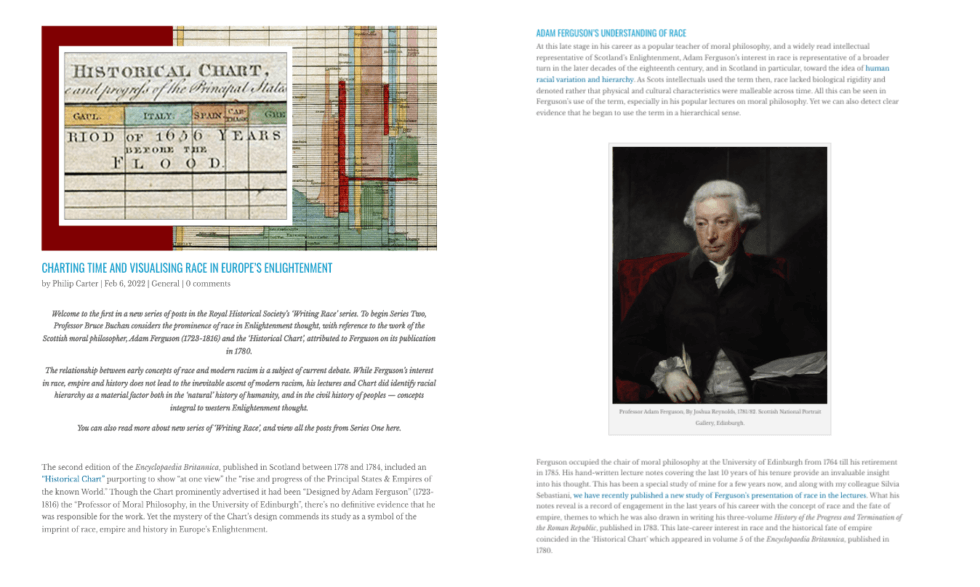 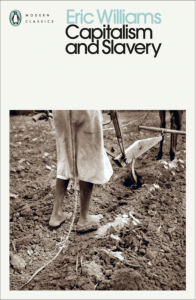 Posts in Series Two will include, among others, essays on colonial photography at the Imperial War Museum, community histories and Anglo-Indians in colonial India.

Also forthcoming is a reflection on Eric Williams’ Capitalism and Slavery, following its publication as a Penguin Modern Classic this Spring — the first UK edition by a major publisher, and nearly 80 years after its first appearance in the United States.

Our remit still remains broad, but this time we’re particularly interested in hearing from public historians and those running community history projects. We very much consider history to be threaded through classrooms and lecture theatres, museums and archives, public spaces and private memory, and in literature and the creative arts.

We therefore welcome posts that reflect upon material and performance cultures and their relationship to race. Posts that consider how race is taught to students are also of interest.

For questions, comments or to send in a pitch for a post, please contact Diya at diya.gupta@royalhistsoc.org.