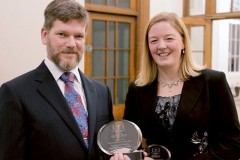 The winner of the first
RHS Public History Prize was

For King and Country

The Royal Historical Society, in partnership with the Public History Seminar at the IHR, announced that the overall winner of the first Public History Prize was ‘For King & Country’, Bankfield Museum, Halifax. The prize is intended to promote the field of public history by recognising work that enhances public understanding of the place of the past in today’s social, political and cultural life. In association with the award there was a day-long Public History workshop held in the Wolfson Suite at the IHR on Thursday 29th October 2016.

The 2015 Public History Prizes were presented by Professor Amanda Vickery (Queen Mary, University of London) at a reception at University College London on Friday 27th November 2016.

Nominated by Lewis Howcroft from Leeds who wrote: 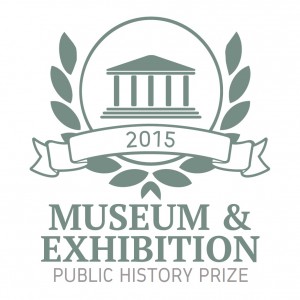 It is rare that you enter an exhibition and immediately just know that it is something very special. That it is a presentation on one of the most difficult periods of our history, one in which we should be totally ashamed of, and yet, for the first time in my life (and I am sixty-five years old), I felt at ease and drawn out by the excellence of the creation of this exhibition… It is due to end in December 2018 and my first thought was, great, we have lots of time to come back and see it again … In May 2014 we became the Grandparents of two baby girls (twins). The 2018 “deadline” at least allows us to bring them to the exhibition as they turn four years old, just to introduce them, very carefully, to this history. I really would like to be able to keep taking them back, as they get older.”

This beautiful and moving exhibition draws on community participation, encourages independent research, and gives a helpful account of the processes by which it was produced. The clear and evocative ways in which it uses local stories and artefacts is impressive, while it also provides a balanced account of many aspects of the First World War. The exhibition is informative, engaging, well-organised and elegantly designed.”

who wrote that the programme:

… represented the best of television history, highlighting new research in an important and difficult area. Unusual in their emphasis on the significance and the excitement of archival research elaborated arguments about slavery and race, the nature of the British state, the gendering of property, and the commercial and physical legacies of slave-ownership in Britain.”

This two part television series tackles an extremely difficult subject in a measured way by showcasing new historical research. It shows in an accessible manner the nature of the evidence, the locations to which it refers, and the value of intensive archival research. It engages with the descendants of slave owners, as well as with historians of slavery in the West Indies who are themselves descended from slaves. It explains the complex economics of slavery and encourages viewers to take a better informed and more critical stance on current economic issues.”

Nominated by Sally Horrocks, School of History, University of Leicester, who wrote:

Voices of Science is unique among history of science and oral history websites alike. It presents an accessible picture of British science and British scientists since the 1940s through extracts from over 100 oral history interviews … It allows us to see how science fits into the context of individual lives and helps us to understand what being a scientist has meant to those involved”

This website provides rich materials for understanding the practice of twentieth-century science in a historical manner. The interviews themselves are fascinating; they are greatly enhanced by the interpretative material that is also provided on the site, encouraging users to reflect on major themes, including the role of gender in science, and the practice of oral history. The site is beautifully organised, providing not just valuable sources but tools for reflecting on them. It offers a way into a major field of history that makes it fully accessible to those with little or no previous knowledge of the history of science.” 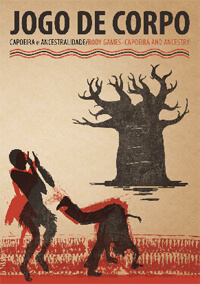 Nominated by Professor Eddy Higgs, University of Essex, who described it as “an outstanding film”:

Based  on extended field research into combat games in Southern Angola … it introduces the viewer to the every-day life of remaining elderly practitioners, their practice and local knowledge, as well as their reflections regarding the current loss of traditions. … The charismatic character of the Brazilian capoeira master Cobra Mansa takes the audience on a breath-taking journey that criss-crosses the Atlantic.”

This original and beautiful film is an exploration of history at many levels. It uses oral history, ethnomusicology, biography and dances passed on through generations to illuminate the relationships between Brazil and Central Africa. In the process it also examines the ways in which people now think about and are connected with their ancestors. Here too is a form of contemporary history, which examines the nature of identity and the legacies of colonialism and slavery.”

Film: Falmouth and the Great War – a film about local histories of the First World War that premiered in January 2015 in Falmouth and made with funding raised by Exeter and Falmouth university students through Crowdfunder. Nominated by Dr Garry Tregidga, University of Exeter, who described it as “an outstanding public history film which engaged the students, in their own time, in a project that taught them, and the town, more about its First World War history“.

Museums & Exhibitions: Heritage Quay – the public archive centre at the University of Huddersfield, with significant collections including the British Music Collection. Nominated by Susanna Eastburn, CEO Sound and Music, Professor Tony Collins, and Professor Bob Cryan, Vice Chancellor, Huddersfield University. Susanna Eastburn wrote that the archive had opened “a fascinating, eclectic and unparalleled collection of material to a much wider public than has ever been the case.”

Web & Digital: Empire: the Controversies of British Imperialism – on open online course run by Exeter University’s Centre for Imperial and Global History in partnership with FutureLearn. Nominated by Professor Henry French, University of Exeter, who wrote: “It is the interactive and dynamic aspect of the course that marks it out as pioneering … The detailed responses indicate that participants were not mere passive learners but rather engaged vigorously with the course leaders and with their fellow students.”