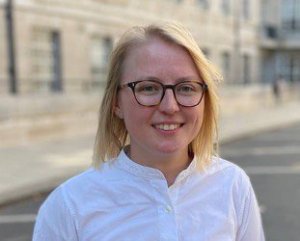 Sofya Anisimova is an RHS Centenary Fellow, 2022-23, held jointly with the Institute of Research, University of London. Sofya’s six-month fellowship will run from October 2022 to March 2023.

Sofya is a fourth-year PhD student at the University of St Andrews. Her thesis titled ‘Russia’s Military Strategy and the Entente, 1914-1917’ looks at how the participation in a coalition with Britain and France affected the strategic planning of the Russian high command during the First World War. The nature of the warfare developed in 1914-1918 made it impossible for any country to withstand the pressure alone, so in order to win military commands had to adapt quickly to the new conditions and learn how to cooperate with their Allies, and Russian Empire was not the exception.