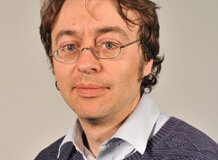 Richard Toye is Professor of History at the University of Exeter. He is an historian of Britain in its global and imperial context in the period from the late nineteenth century to the present. As one of two Literary Directors, Andrew oversees RHS publications and is the editor of the Society’s journal, Transactions of the Royal Historical Society.

Richard is the author of a number of books on Winston Churchill, including Churchill’s Empire: The World That Made Him and the World He Made (Macmillan, 2010), The Roar of the Lion: The Untold Story of Churchill’s World War II Speeches (OUP, 2013), Winston Churchill. A Life in the News and The Churchill Myths (both 2020). He has also written books on persuasion in modern British politics, the history of the British Labour Party, and the Oxford Very Short Introduction to Rhetoric.