Home > About Us > Professor Ken Fincham 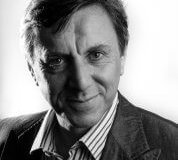 Ken Fincham is Professor of Early Modern History at the University of Kent. His research centres on politics, religion and culture in early modern Britain. His publications include Prelate as Pastor: The Episcopate of James I (OUP, 1990) and (with Nicholas Tyacke) Altars Restored: the Changing Face of English Religious Worship c.1547-1700 (OUP, 2007). He is one of three directors of the AHRC-funded ‘Clergy of the Church of England Database Project’, and sits on the editorial board of Boydell & Brewer’s Studies in Modern British Religious History series.