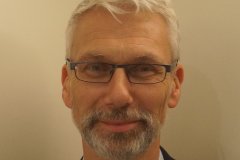 Jon Stobart is Professor of History at Manchester Metropolitan University, having previously held academic positions at the universities of Northampton, Coventry and Staffordshire. He is a social and economic historian of eighteenth-century England, with particular interests in the histories of retailing and consumption.

Much of Jon’s work is collaborative, interdisciplinary, and international and he has worked with geographers, art historians, heritage professionals and historians from the UK and across Europe. His most recent book, Consumption and the Country House, was published by OUP in 2016. Jon is a founding editor of the journal History of Retailing and Consumption, a member of the AHRC Peer Review College, and has sat on a number of academic councils and committees including the Economic History Society, Social History Society and Northamptonshire Record Society.