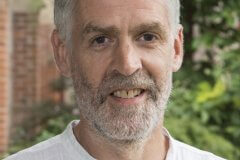 Chris Marsh is Professor of Early Modern History at Queen’s University, Belfast. His research focuses on the social and cultural history of sixteenth- and seventeenth-century England, from popular religion to popular music. His publications include Music and Society in Early Modern England (Cambridge University Press, 2010).

Chris is currently preparing a website that will feature digital images and new recordings by The Carnival Band (and invited guests) of a ‘top 100’ broadside ballads from seventeenth-century England. In 2017 he delivered an RHS lecture on gender in best-selling early modern ballads, which you can view in our video archive.