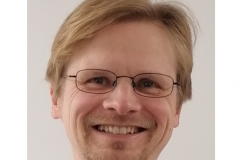 Stefan is an intellectual and cultural historian of early modern Europe; his research interests cover humanism, church history, religious polemic, and forgeries. Among his books are The Image of the Polis and the Concept of Democracy in J. Burckhardt’s History of Greek Culture; The Censorship and Fortuna of Platina’s Lives of the Popes in the Sixteenth Century; and The Invention of Papal History.

Stefan enjoys writing for different audiences and has contributed to The Tablet, The Spectator USA, Literary Review and History Today (forthcoming). He has curated exhibitions at the York Minster and the Middle Temple, London. Stefan is Director of Social Media at the Sixteenth Century Society, and a Co-editor of Lias: Journal of Early Modern Intellectual Culture and its Sources. Stefan was elected to the Council of the Royal Historical Society in September 2021.