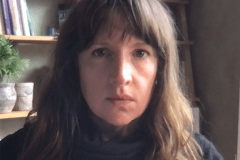 Emily Robinson is a Reader in British Studies at the University of Sussex and a historian of modern Britain, specialising in political ideas, identities, emotions and traditions.

Emily’s recent publications include The Language of Progressive Politics in Modern Britain (Palgrave Macmillan, 2017) and articles in the Historical Journal, Twentieth Century British History, Rethinking History and Journal of the History of Ideas. Her next book, An Emotional History of Brexit Britain, co-authored with Jonathan Moss and Jake Watts, will be published by Manchester University Press in 2023.

Emily was elected to the Council of the Royal Historical Society in September 2020.