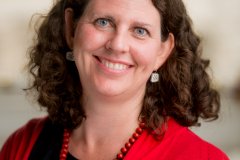 Alana Harris is Senior Lecturer in Modern British History and Director of Liberal Arts at King’s College London. Her work sits at the intersections of the history of gender, sexuality, ethnicity and religiosity. Alana’s publications include The Schism of ’68: Catholics, Contraception and Humanae Vitae in Europe, 1945-75 (Palgrave Macmillan 2018), Love and Romance in Britain 1918-1970 (Palgrave Macmillan 2014) (co-edited with Tim Jones), and Faith in the Family: A Lived Religious History of English Catholicism, 1945-82 (MUP 2013).

Alana has a strong interest in gender and racial equality and chaired her Department’s successful Athena SWAN Bronze award. She is a member of a number of editorial and advisory boards and enjoys taking her research beyond the academy through various exhibitions, public engagement workshops, and media and theatre consultancies.