Dr Matthew Johnson (Durham) reflects on recent media coverage of the centenary of the First World War. He is a specialist on militarism as a political and ideological phenomenon in Britain during the twentieth century and is the author of Militarism and the British Left (Basingstoke, 2013).

Media coverage of the centenary of the Great War 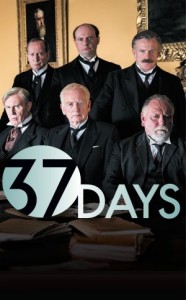 The public commemoration of the centenary of the Great War is proving to be an undertaking of industrial proportions, in which the media has played – and is continuing to play – an immense role. The BBC’s output alone will apparently run to some 2,500 hours, including more than 600 hours of new drama, documentary, and arts programming. There has perhaps been no single new programme comparable in scale and ambition to the corporation’s epic 26-part documentary from 1964, The Great War, but the quality of much of the new output, across all channels, has been remarkable. In 37 Days, for example, the BBC brought a top-drawer cast and impressive production values to its portrayal of the statesmen and soldiers who took Europe to war in the summer of 1914, while ITV’s excellent The Great War: The People’s Story has offered a series of finely presented and deeply moving accounts – based on letters and diaries – of the wartime experiences of Britons from all walks of life. 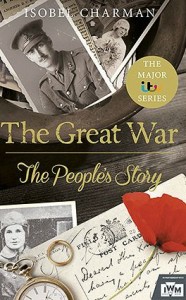 An emphasis on the ‘experience’ of war has provided a common theme for much of the centenary programming so far. This offers a useful point of access for viewers and listeners interested in the commemorations – a particularly important consideration now that no veterans of the conflict remain with us. But the focus on ‘experience’ also brings a certain risk that broader interpretative questions about the conflict get lost in the mix.

Since well before the start of 2014, academic historians have been urging that the centenary be treated as an opportunity not merely for ‘commemoration’ but for education and enquiry – a chance to re-examine the conflict’s myths, and to reflect on broader questions about how and why societies go to war. It is, of course, essential that the human cost of the conflict is acknowledged, but merely commemorating the sacrifice of soldiers without trying to understand why they fought and died risks fostering a very narrow understanding of the war – further entrenching the dominant narrative of the conflict as ‘futile’, and the sacrifice, implicitly, as meaningless. 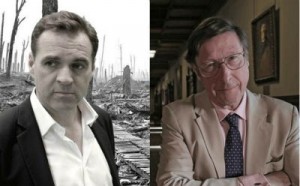 Reassuringly, the media has not neglected these broader questions. In particular, the lively debate about whether or not 1914-18 should be seen as a ‘just’ or ‘necessary’ war has been well-covered. It provided the central focus for BBC documentaries by Max Hastings and Niall Ferguson, pushing very different interpretations. Ferguson’s The Pity of Warwas also notable for its inclusion of a panel discussion featuring some of the most prominent academic historians in the field, providing viewers with a window onto recent scholarly debate about the war – and in the process offering a useful corrective to Michael Gove’s rather crude and misleading attempt to frame such controversies in terms of a partisan squabble between ‘left’ and ‘right’. 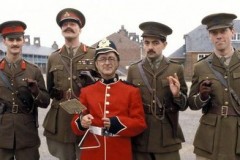 The challenge for the media now, of course, is to maintain popular engagement over the coming months and years. There is a potential danger of commemoration fatigue – a new ‘war weariness’ – blunting public interest in the centenary.  In order to avoid this, it is important to emphasise that the war was not simply an ‘event’ but a ‘process’ – or a series of processes – which shaped the belligerent societies in profound ways. The centenary of particular milestones during the war will provide opportunities to consider, for example, the changing relationship between the citizen and the state – epitomized in Britain by the introduction of military conscription in 1916. Indeed, the centenary offers a chance to reflect on changing conceptions of the nature of ‘citizenship’ itself, evident in the wartime debates about the franchise that culminated in the 1918 Representation of the People Act – a piece of legislation which dramatically expanded the electorate, extending the parliamentary vote to (some) women, but also excluding particular groups (Conscientious Objectors) from the franchise. 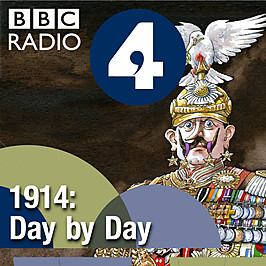 There also remain questions about the framework within which we seek to tell the story of the war. In the run-up to the centenary of the outbreak, the media narrative typically located British developments very clearly in their European context. One of the most notable productions in this respect was Margaret MacMillan’s Radio 4 series1914: Day by Day, which combined an impressive breadth of vision with a detailed exploration of contemporary European concerns and preoccupations, in the process advancing a clear and coherent interpretation: that the outbreak of war was neither simply an ‘accident’ nor an inevitability, but rather the result of a series of decisions and calculations (or miscalculations) by European governments during the summer of 1914. 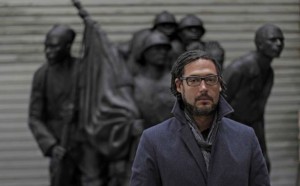 Since the end of August, however, it rather feels that this wider European context has receded from view, with the focus shifting back on to Britain. Of course, the conflict itself was experienced in a very immediate sense through the nation state – although it is encouraging to see the imperial dimension receiving due attention, in excellent documentaries such as Radio 4’s Soldiers of the Empire (presented by Santanu Das) and BBC 2’sThe World’s War: Forgotten Soldiers of Empire (by David Olusoga). Nevertheless, at a time when Europe’s political future seems so contentious, there remains a strong case for exploring 1914-18 as a particularly European catastrophe.

Perhaps the greatest challenge, however, will come with the centenary’s end. On 11th November 2018 we will observe two minutes of silence in remembrance of those killed in the Great War – and of those who served and fell in subsequent wars. But we will also be marking the centenary of one of the most significant military victories in history. Nobody in 2018, of course, wants or expects this moment to be marked with any spirit of crude triumphalism. But as the culmination of a period of intense reflection on a conflict that shaped Britain – and the world – to an extraordinary extent, the way the media and the public choose to mark this day will tell us much about the meaning that the Great War now holds for us – and about the way we think of ourselves as a society today.