The latest two titles in the Society’s NHP book series are now available:

Providing for the Poor. The Old Poor Law, 1750-1834, edited by Peter Collinge and Louise Falcini

The Poets Laureate of the Long Eighteenth Century, 1668-1813. Courting the Public, by Leo Shipp 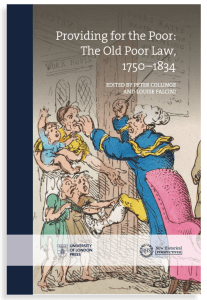 Drawing on the rich archive of parochial, personal, and governmental material generated by the eighteenth-century welfare process, in Providing for the Poor contributors ask:

Who was responsible for the poor and in what capacity? What was the extent, nature and duration of the relief given? And who, other than the poor, benefited from or participated in the process and with what agency?

Read more about the collection in the editors’ new RHS blog post. 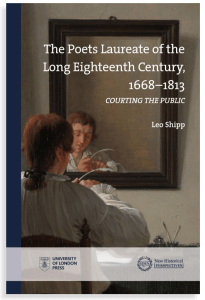 In Poets Laureate of the Long Eighteenth Century, Leo Shipp considers the little-studied post of the laureateship. Respectable and dynamic, the laureateship was positioned at the interface of court and public, and evolved in line with changing concepts of court culture.

Studying the laureateship reveals the court’s enduring prominence and adaptability as a site of cultural activity in late Stuart and Hanoverian Britain.

Both titles appear in the Society’s New Historical Perspectives series for early career historians, published in association with the Institute of Historical Research and University of London Press. As with all books in the series, Providing for the Poor and Poets Laureate of the Long Eighteenth Century are published in paperback print and as a free Open Access downloads, with free chapter-by chapter access from JSTOR.

Submissions to publish in the series are always welcome, available to early career historians within 10 years of completing a PhD and including first or second books / edited collections. 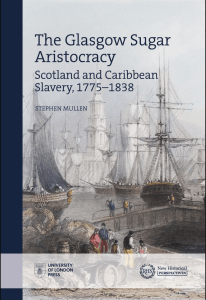 Published in October: next in the NHP Series is Stephen Mullen’s The Glasgow Sugar Aristocracy. Scotland and Caribbean Slavery, 1775–1838.

The first book to outline Scotland’s colonial past and Glasgow’s direct links with the slave trade through sugar plantations, The Glasgow Sugar Aristocracy is available in print and free online, from 28 October 2022.