John Sabapathy is a Lecturer in Medieval History at UCL who works on the comparative history of Europe/Christendom in the twelfth and thirteenth centuries. His monograph Officers and Accountability in Medieval England, 1170-1300, a study of English officers in an European context, has been awarded the Royal Historical Society’s Whitfield Prize for 2015. Here he reflects on his reasons for writing the book, its contemporary context and what further agendas it might help open out for historians. 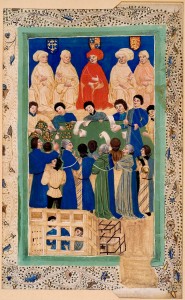 Historians often feel a proper professional nausea at the first person singular, but some contextualization may at least justify itself by describing how the medieval concerns of my book Officers and Accountability in Medieval England resonate today, as well as suggesting some historiographical ways forward. The book’s main argument is that the late twelfth to thirteen centuries was a period in which a number of extremely creative, practical ways were developed to control the insolence of the growing number of officers within a range of English institutions. Auditing and accounting at the Exchequer, eyres outside it; inquisitions by and into prelates; elaborate writs of account for investigating the doings and conduct of seignorial bailiffs; scrutinies of wardens and fellows within colleges: all these practices were greatly elaborated, though not necessarily invented, during this period. As that implies, however, those officers were not only ‘state’ ones. Historians have thought about the development of administrative control with too great a fixation on The State and the book argues for the importance of experimentation by towns, churches, universities and on lords’ estates too. Much of it focuses on these practices, but it is also interested in medieval reflection on them and so throughout I tried to explore the tension between the prescriptiveness of formal ways of holding to account and the wider licence of giving someone responsibilities.

In documenting and exploring this there were perhaps three large things that the book tried to do: show that accountability can be sensibly thought about for pre-modern Europe; that even if sensible such ‘accountability’ was not at all straightforward; and finally that administrative or institutional history could be a lot more interesting than its ostensible reputation has sometimes implied. 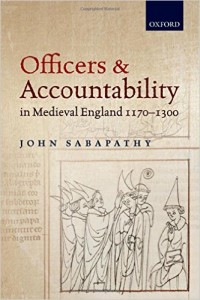 My thinking about what medieval accountability could secure and what it could not and how had its own history. Although – I hope – the book is not a prisoner of its present, its agendas were undeniably informed by a pre-academic professional life in the late nineties and early noughties when I worked on corporate accountability inside various think tanks with companies, NGOs, governmental departments, and large philanthropic funders. Before the financial crisis of 2007-9 an interesting moment passed in which those groups tried to work out whether it was possible to make companies more accountable and sustainable (environmentally speaking) while, perhaps, making them stronger as companies by so doing. (The conclusion today seems more pessimistic.) It was a broad church. On one side Steve Hilton, David Cameron’s former head of strategy at Downing Street, was then the far less well-known founder of a small consultancy called Good Business. Elsewhere groups like the New Economics Foundation (where I worked for several years) tried to redefine what growth, progress and economics should mean.

There were various interesting tensions in such work on (modern, corporate) accountability. The tension between impulses to call for legislation to make companies more ‘accountable’ versus the desire for groups to assume voluntarily some degree of ‘responsibility’; the desire for these mechanisms to produce some sort of virtuous circle of social and economic reward for companies versus a suspicion that it could not be so; the desire to ‘marketize’ these responsible, environmental aspects of corporate performance versus evidence against the existence of viable markets within existing regulatory frameworks. And so on.

Throughout all these tensions however a deep lack of clarity seemed to run through most thinking about what on earth ‘accountability’ actually was. The clearest view came from the most critical anti-corporate groups, but they were also the crudest. Few seemed to have very good ways of recognizing how calls for (more) accountability worked, who they served, who it was they actually served and whether they had much to do with ‘accountability’ per se at all. ‘Who, whom?’, in the question attributed to Lenin, could have been more frequently asked. The complexity of what was going on was tremendous. Small, sometimes beleaguered, groups within companies tried to use arguments in favour of sustainability to strengthen themselves. Non-corporate groups used the credibility of working with such companies to leverage their wider standing with other funders and in the media. Yet any sociology of what was actually going on was pretty thin, and so the political activities more or less frustrated or frustrating. The result was that accountability was over-hyped, undernourished, and ultimately undernourishing. It was this dissatisfaction with a modern conversation about ‘accountability’ that ultimately led to my exploration of this modern mentality in relation to medieval officers. 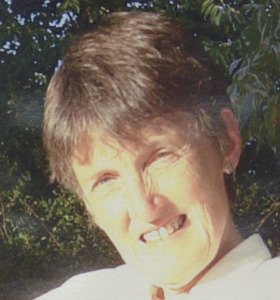 Here I wanted to try and see whether one could inject a political and intellectual sensibility into administrative historiography and add in a way to the work of better historians who seemed to do that at the highest levels – Michael Clanchy, J. E. A. Jolliffe, J. C. Holt and most recently Tom Bisson, to name a few. The book itself was a very ‘London’ one. There I might invidiously single out three historians who shaped the book’s purposes fundamentally: Jinty Nelson (who had taught me), Michael Clanchy, and Susan Reynolds who I got to know at the Institute of Historical Research (IHR). I had found Michael’s work on the power of administration and legal practice enormously inspiring and provocative. I had been very struck similarly by Susan’s concentration on what a colleague calls common politics, and while I thought intellectuals had an important role in this particular history they were not its sole actors. I had also been very influenced by Jinty’s idea of ‘political thinking’, and took this to be a way of thinking about issues addressed in the Cambridge Histories of Political Thought but using sources that largely did not figure in them – in this case mostly administrative. By example they also all encouraged me to avoid an insular approach to this English material. To speak in terms of London institutions, one might say the book was written with a Warburg Institute sensibility using sources of a type generally held by the IHR.

This says something about what the book sought to do and why the topic seemed important. That importance does not seem to have diminished on two counts that suggest further ways forward. 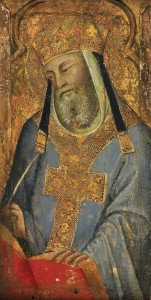 First, unsurprisingly, the problematic nature of ‘accountability’ has not gone away. Most public debate talks about it in the most diffuse and unhelpful of ways. Accountability is treated as a species of, or synonym for, justice, when it is a much more limited and complicated political good. Yet, as Gregory the Great knew even Satan has his court holding demons to account for how much wrong they have helped with. What sort of a ‘good’ is Satan’s accountability? We continue, then, to need more, better readings of accountability in all sorts of different places and periods to help us understand the particular nature, potential limits, and fantasies within those forms that we have created, invoked, and presumed upon.

Second, such fuzziness about this concept and its often lazy invocation is a symptom of our wider limitations in explaining institutionalization historically and generally. In the Middle Ages an enormous range of organizations and practices structured life at all sorts of levels, from churches, to parliaments to rituals of homage. Contemporary life is arguably even more institutionally structured, although, being committed individualists, we do not like to think so. Put simply, we need better institutional histories of ourselves. There is some reason for optimism here. The book suggests that, at least in medieval historiography, a new administrative history is taking shape   – one that has learnt its interdisciplinary lessons from later twentieth century historiography and is able to think about the interplay of individuals, organizational forms and institutional practices more convincingly than before. It would be good to think that this is a way of thinking historiographically that specialists of different periods can learn from each other about. Certainly there are striking recent ‘big’ examples of early medieval, early modern and modern institutional histories. If historians can show more clearly how this interplay has both constrained and enabled humans historically then we will understand our past and ourselves better, which is all anyone can ask of historians in any case.