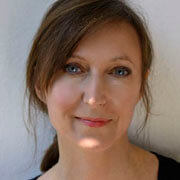 The recent symposium at the University of Northampton, sponsored by the RHS, on Masculinity and the Body in England, 1500-1900 aimed  to reflect developments in the historiography of the body over the last 25 years. Here Joanne (Bailey) Begiato, Professor of History at Oxford Brookes University, presents a summary of the paper she delivered at the symposium. Her research queries our assumptions about attitudes towards the male body, showing how social attitudes have evolved over time. In the early nineteenth century, for example, the muscular male arm was commonly a cohesive symbol of manliness, but by the early twentieth century it had become for some a threatening image associated with socialism and class conflict.

The body was central to ideas about manliness in the century between the Seven Years and Crimean Wars. Scholars from several disciplines have shown how men’s bodies were presented in idealised, aesthetic forms, functioning as positive stereotypes and symbols of normative meaning and values, or as bearers of stigmatized inadequate bodies that marked them as ethnic, racial, sexual, or class outsiders.[1] My symposium paper proposed that it is helpful to explore these issues more fully in order to avoid assuming that men’s bodies were categorised in distinct ways according to social, cultural, and biological distinctions. An embodied history of masculinity reveals how the masculine form was mutable, since changing practices in war, empire, and labour, together with understandings of science, sports, and aesthetic fashions all influenced the relationship between physiques, minds, and gender identities. For the most part, representations of the idealised male body were aimed at, and formulated by, educated genteel society; yet it is striking that labouring men’s bodies often appeared in the narrative of idealised body types: especially the soldier, the sailor, the boxer, and the entrepreneurial strongman.

Scholars of labour and art tend to see such ‘heroic’ depictions of labouring men as subordinating and objectifying and hence differentiating men of this class from higher ranks. Ava Baron argues that they were made passive because, like women, they became the subject of the gaze; their muscular bodies were eroticised and therefore pacified.[2] Though handsome, heroic, and idealised, states Annie Ravenhill-Johnson, these working men were “the other.” Their depiction reassured middle- and upper-class viewers that workers were sober, industrious and, though large and muscular, not threatening, since these were representations of disciplined bodies. 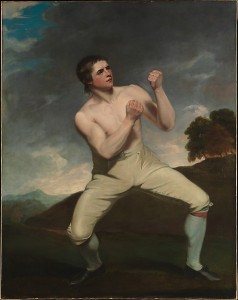 As Mark Jenner and Bertrand Taithe argue, however, a Foucauldian approach can reduce accounts of bodies ‘to their representations within particular genres or discourses, and above all, disciplinary codes and prescriptive texts’. This can fetishize the body, removing it from its cultural and social contexts.[4] Indeed, it is possible to complicate the role of the working-class male body and not see it merely as a foil for elite men’s masculine identities. Certainly, the upper classes manipulated the representation of labouring men’s bodies. John Barrell shows the changeability of the imagined rural labouring male body in landscape painting in the Georgian era, shaped by elite attitudes towards social relations. Nonetheless, these working bodies could have been viewed in terms other than condescension, passivity, and subordination. Positive depictions of labouring men were widespread in songs, visual, and textual depictions, including the rural labouring man at his cottage door and the hardy patriotic Jack Tar; their manly qualities partly conveyed through their robust, stout, hard bodies. Such images sentimentalised men’s hard labour and in the process made the working-class man less intimidating and a moral exemplar for society. Yet there is more to them than this. 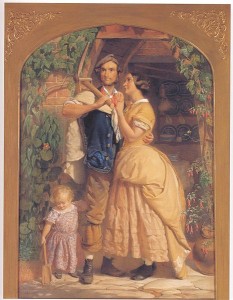 Read more closely, and in their different contexts, it is also evident that representations of working-class men’s bodies had multiple meanings and collective social agency. Elite men, for example, were personally inspired by the idealised hardened working male body. John Styles shows that wealthy men adopted plebeian styles of dress in the later eighteenth century, wearing modest and plain clothing which came to be seen as a distinctively English style. The fashion was a result of the culture of sensibility which evoked rural simplicity and retreat, those who chose to dress down ‘were sharing in a powerful trend towards the rural, the sporting and the plebeian.’ In the era of national crisis during the revolutionary and Napoleonic wars this trend personified patriotism through the association of pugnacious plebeian masculinity with English liberty.[5] If wealthier men imitated plebeian clothing, they emulated the plebeian body too as their fascination with boxing, boxers’ bodies, and the adoption of its regimes and training suggests.[6] In the mid-nineteenth century artists and writers admired heroic working men, like George Hicks’s The Sinews of Old England, 1857, Ford Madox Brown’s richly iconographic painting ‘Work,’ or Thomas Carlyle’s ‘Labour’ in Past & Present (1843) the viewer is meant to admire the men. Yet this was not simply class-condescension or alterity. These men romanticised the male labouring body, perhaps longed to possess it themselves, but certainly saw it as informing the masculine identity of men in higher social ranks. 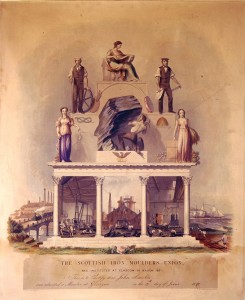 Perhaps most importantly, working-class men used these representations in the iconography they deployed to represent their friendly societies, trades unions, and political movements. For example, members of the working classes deployed the image of the handsome, working man resting at his cottage door to demonstrate through his manly, temperate behaviour, and physical strength, that they possessed the independence and respectability to demand a political voice. One particularly evocative symbol of the working man was the muscular forearm. By the twentieth century it had become, for some, a threatening image of politicised class-conflict through its association with socialism. In the first half of the nineteenth century, however, it was a symbol of positive masculinity. Originally, a strong and muscular arm did not symbolise class-specific manhood. Initially the sign of the blacksmith, the single raised muscular arm bearing a hammer was used in trade guilds’ heraldry to represent specific skilled trades.[7] It also embodied the physical characteristics of masculinity in general. For example, in an early seventeenth century poem reprinted in 1793, A Maid’s Revenge by James Shirley, the Count de Monte Nigro (described as a braggard) asked: Wherefore has | Nature given me these brawny arms, this manly bulk, | And these collossian supporters nothing but to sling | The sledge, or pitch the bar, and play.[8]

Working men themselves developed the visual iconography of muscular arms in the nineteenth century to represent working-class identity, gender and objectives. Heroic workingmen were frequently depicted on the bannerettes, banners, and certificates; large, noble figures elevated and central, rolled up shirt sleeves showing muscular forearms. Historians of the iconography of friendly societies and trades unions link this heroic style to a ‘new recognition of the times that the wealth of the nation rested on its industrial output, and the skills of its working men’.[9] However, the symbol of the working man and his muscular arm was not predominantly a result of industrialisation. It had much in common with the dignified, large, strong, and heroic working men depicted from the turn of the eighteenth century. It therefore represented manliness; a symbol of gender more broadly and only came to represent the entire working class by the late nineteenth century.[10] 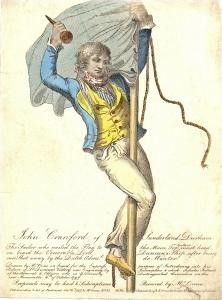 There is evidence of the links between the images’ gender and class dimensions. J Havelock Wilson, founder of the sailors’ and fireman’s union (1887), explained in his autobiography that union banners often portrayed national figures of importance to the working-class movement. He recalled frequently seeing his own portrait on the various banners of the Seamen’s Union in all kinds of ‘picturesque positions’. One that he specially noted was the ‘”heroic sailor”’ Jack Crawford, the hero of the naval battle of Camperdown’ in 1797. This Sunderland-born sailor became a northern hero thanks to his brave actions and was portrayed on ceramics, and prints throughout the following century.[11] This hints at a lineage of working-class heroism, rooted in male bodily strength and evolving from a primarily gender to class identity.

We know that men’s bodies were reified as symbols, progenitors, and defenders of gender, society, and nation in the eighteenth and nineteenth centuries. Nonetheless, more needs to be done to complicate the resulting narrative. Although the needs of the state and nation were prominent in dictating the idealised male body, the process was dynamic rather than top-down. The labouring man’s muscular form could both inspire elite men and offer agency to working men.