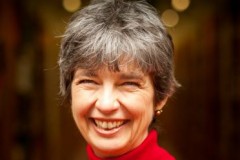 The RHS has conducted a brief consultation among academic historians and historical researchers in response to the Call for Evidence by the Independent Commission on Freedom of Information. Professor Mary Vincent, Chair of the Research Policy Committee, has submitted this response from the Royal HIstorical Society:

We would like, first, to affirm our commitment to transparent and accountable government, both as historians and as citizens.  As practising historians, we understand this commitment not only in terms of FOI but also as an eventual release of all documentation so that the official record may be as complete as possible.   While the latter affects all historians and historical researchers, FOI has a particular impact on contemporary historians and it is clear from our consultation that FOI is now an essential tool for them.

Historians who make regular use of FOI feel that the current legislation has worked reasonably well, both for academics and for PhD students.  It is also clearly the case that significant historical work is being published as a result of existing FOI provisions and that this work could not have been undertaken without the FOI legislation.  The RHS is therefore concerned that additional restrictions, such as fees or some kind of limit, for example on grounds of cost, would affect and even restrict this kind of research, which often looks at important and sensitive areas, for example the Northern Irish Troubles.

While there is some feeling that a scholar needs to develop an expertise in making requests and using the FOI provisions, this is not seen as complex.  The RHS also feels that the same if true of many kinds of research access.  However, there does seem to be an issue with timeliness.  Historians report that FOI requests regularly take longer that the stipulated period, sometimes much longer.  There thus already seems to be a ‘lag’ in terms of the current legislation in that the process is slower than it should be and the RHS is very concerned that further restrictions are only likely to exacerbate this.  Clearly, this is a particular issue for work that needs to be completed in a timely fashion (e.g. the current History and Policy project on historical child sex abuse).

The RHS recognises that there is a balance to be struck.  FOI legislation may have led to some self-censorship of official documents but we have not heard concerns about ‘chilling’ and would see appropriate access to documentation as the priority.  FOI requests are also refused, or redacted, for example under the Section 38 or Section 40 exemptions and, clearly, there is a need to protect individuals.  However, we would urge that the public interest be construed as widely as possible so as to facilitate academic research and scholarship into serious and timely contemporary issues.  Such work will be to the benefit and interest of the public as well as to historians and students.