Few were surprised as David Dimbleby began his election-night coverage with the pronouncement that, according to the exit poll, the Conservatives would come out of the election as the largest party in the House. This was, after all, what the polls had predicted. That calm assurance disappeared when the actual forecasts were released seconds later. In the end, it emerged that the exit poll too had underestimated the Conservative performance and overestimated Labour, although by less than any other index. Yet, in the immediate aftermath of its release, the predictions seemed almost incredible. Politicians, pundits and pollsters were stunned, and many, indeed, refused to believe the results. 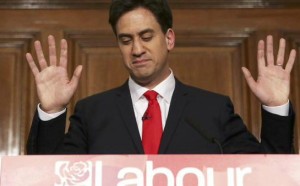 Their disbelief stemmed from the wide gap between the exit poll predictions and all previous indices of likely voter behaviour. The various polls of voter intentions had remained neck and neck until the eve of the election, with Labour actually seeing a slight bump in the run up to 7 May. Of the various statisticians who had hazarded an attempt to translate poll numbers into seat predictions, none had given the Conservatives more than 285 seats, nor foreseen Labour falling below 262. Predictions for the SNP take ranged from 56 (May2015.com) to 52 (The Guardian).  Throughout the election, the betting markets had had the Conservatives outperforming poll predictions, and, as Mike Smithson reported on politicalbetting.com, SportingIndex was trading Conservatives at a middle price of 290 on the eve of poll.  At Ladbrokes, however, the market in Conservative majorities had fallen to 285.5 on the morning on 7 May. Both betting shops were trading Labour at around 266 and the Lib Dems at 25-27, while Ladbrokes had the SNP at 50.5, and SportingIndex’s middle price for the Scottish Nationalists was 46.5.

Even before the final results came in, political commentators were pointing fingers at the pollsters, and searching for explanations for their failure to foresee the result.  Opinion polling firms certainly need to do some serious soul searching and re-evaluation of their methodology, particularly in assigning intent to self-declared undecided voters.  As of yet, however, there has been little consideration of the political betting market, and what the betting lines can tell us about the utility of the modern British betting markets as indices of voter behaviour. 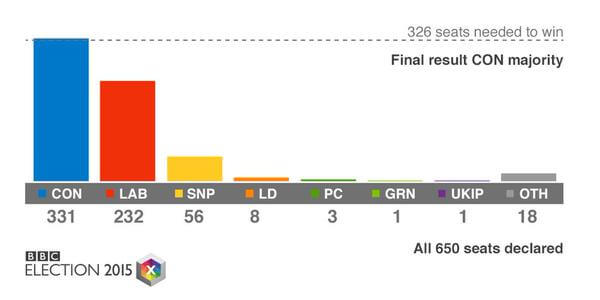 As I discussed in my original post, advocates of political betting markets as accurate indices of likely voter behavior argue that such markets act to aggregate the knowledge of a representatively diverse crowd. In political spread betting, unlike in traditional sports betting, the “price” for a party is determined by the market. For the markets to arrive at the correct “prices” for each party, the men and women who bet on politics must bring sufficient unbiased information to the market to drive it in the right direction.  Yet, research into interwar historical betting markets has revealed their participants to be remarkably undiverse and biased, and their bias and lack of diversity is arguably a key explanation of their failure accurately to predict interwar election outcomes. 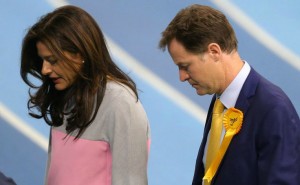 The prevalence and anonymity of internet betting means that it is practically impossible to sketch a social picture of the modern betting market. However, is it possible to extrapolate anything backwards from the market results? The betting markets did not accurately foresee the election outcome, but, throughout the campaign, they correctly perceived that the opinion polls were underestimating the strength of Conservative support in the country. This suggests that market participants had some insight into opinion on the ground outside of London. On the other hand, the market participants proved no better than the polls at predicting the collapse of Lib Dem support. 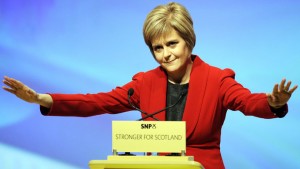 Nor did they appear to have much foreknowledge of the strength of pro-SNP sentiment in Scotland, and served as a worse indicator of voter behaviour north of Hadrian’s wall than the opinion polls. If we accept the theory that betting markets function as accurate indices when a diverse and unbiased crowd participates, today’s political betting markets do not appear to be much more representative of British society as a whole than were interwar markets. As in the interwar period, the market participants appear to have been well informed about opinion in middle England, but to have had less purchase on opinion further from the home counties. In the interwar period, the markets consistently misjudged opinion in the north of England. This time, they appeared unable to gauge shifts in Scotland and the southwest. The swing from Labour to the SNP and from the Lib Dems to the Conservatives was not anticipated by the betting markets any more than it had been by the opinion polls.