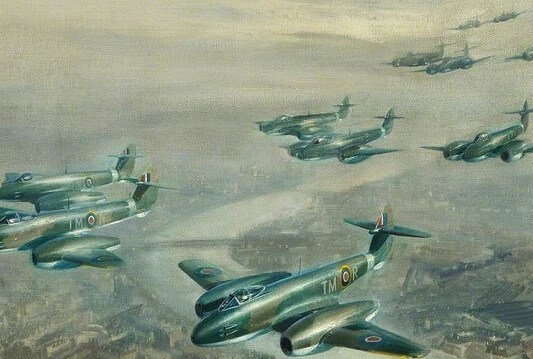 The Royal Air Force Museum will host a Virtual Conference exploring the RAF’s transition from war to peace on 28–29 September 2020.

The Conference is FREE to attend and consists of an exciting line-up of speakers covering a wide range of areas including panels exploring Industry, Technology and Environmental Perspectives; RAF Operations in South-East Asia; Post-War Operational Design and Policy; and Fostering Air Forces? The RAF and its International Relationships. In addition to these panels, the conference will include papers which present research on The Potsdam raid, 1945; The Search for Missing Aircrew; From War to Windrush; Post-War Female RAF Service; Air Ministry Interpretations of the RAF’s wartime history; and Exercise Thunderbolt: Objective assessment of the Bomber Offensive or the Air Staff view of history?The conference will feature a keynote address on ‘The Flyer Confronts the Post-War Age: Survival, Guilt and Politics’ given by Martin Francis author of The Flyer: British Culture and the Royal Air Force, 1939–1949 and Ideas and Policies Under Labour, 1945–1951

The Conference Papers will explore themes related to: