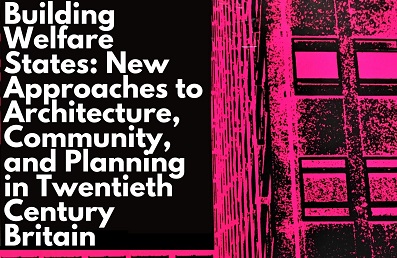 The intersection of new histories of architecture, community and planning in the twentieth century challenges the mythology of a unitary welfare state. A narrative on the creation of a paternalistic system in post-1945 Britain and its displacement by neoliberalism in the 1970s continues to define public understanding and is reproduced in a substantial and multi-disciplinary body of academic literature. Yet policy such as the UK Government’s 2011 outsourcing White Paper ‘Open Public Services’, still imagines the endurance of an ‘old-fashioned, top-down, take-what-you-are-given’ model. Such inconsistencies expose how fragmented our understanding of the welfare state remains. Few have questioned if a wholly statist approach to provision ever really existed; crucial periods of consolidation and divergence such as the 1920s, 1950s and 1980s have been largely overlooked; the centralizing rhetoric of Whitehall has been privileged over variations in experience across local, regional and inter/trans-national contexts; correspondingly, the design and implementation of public sector schemes has been accepted as a rationalistic and dehumanizing process without adequate attention to cultural influences and effects. Building Welfare States therefore seeks to recover marginalized perspectives and challenge such contemporary uses of history. Through built environments of commercial precincts, council housing, hospitals, schools, universities, transport and energy infrastructure, it asks:

Across a range of disciplines and sub-fields, Building Welfare States brings together new and established humanities and social science scholars working on one or all of the above themes.

Papers should be approximately 20 minutes. Please submit a 250 word abstract with a short biography to ed.devane@warwick.ac.uk by 5pm on 1 June 2020.