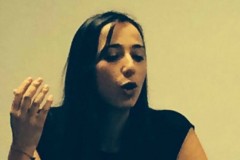 Eirini Karamouzi is a Lecturer of Contemporary History at the University of Sheffield and A.G.Leventis Fellow at SEESOX, St Antony’s College, Oxford. She is the author of Greece, the EEC and the Cold War, 1974-1979. The Second Enlargement (Palgrave Macmillan, 2014).

In the aftermath of the January 2015 elections that saw him become Greece’s Prime Minister, Alexis Tsipras penned an article in the Financial Times encouraging his European partners to ‘end austerity so as not to let fear kill democracy… Austerity is not part of the European treaties; democracy and the principle of popular sovereignty are’. Unsurprisingly, this struck a chord with people at home and those beyond Greece’s borders that have been scrutinizing the EU’s democratic credentials and its legitimacy. It is not just the recent debt crisis that has ignited such soul searching within European circles: the historical changes of the last 20 years that have rocked the boat and purpose of European integration. The benefits of earlier decades of economic integration have been overtaken by austerity with record levels of unemployment among the youth. The achievements of a century of social democracy have been dismantled. The memories of the Second World War and the post-war ideological threat of West vs East have long faded out of people’s minds. In this climate, the inter-relationship of Europe and democracy is changing.

Democracy was not always a dominant feature of European political discourse. The preamble of the Treaties of Rome that created the European Economic Community (EEC), the precursor of the EU, made general references to ‘liberty’ and article 237 states that any European nation ‘may apply to become a member of the Community’, but nowhere in the original Treaties did the six founding member states make democracy a prerequisite for membership or even quote it as one of the fundamental values underpinning the movement towards ‘closer union’. Paradoxically, the debate on the role of democracy within the political identity of the European Community was ignited over Greece first in 1967 and then again in 1975.

A military coup in Greece in 1967, the first associate member of the EEC and the perceived cradle of democracy, rekindled the debate on the Community’s stance on democratic matters. The EEC, in contrast to the perceived indifference of NATO and the USA, used its diplomatic and economic weight to undermine the legitimacy of the military dictatorship and insist on democratic credentials. In 1975, the then Prime Minister Konstantinos Karamanlis, who oversaw Greece’s transition to democracy, applied for EEC membership as a long-lasting measure to ensure the country’s nascent democratic institutions, guaranteeing its geopolitical security and domestic prosperity. The members of the EEC, notwithstanding their misgivings over the economic and structural difficulties of enlarging the Community, gave the green light to Greece for geopolitical reasons and granted entry in 1981. Admitting Greece as an EEC member infused a new sense of utility to enlargement while adding to Europe’s collective weight on the world stage. Forty years later, it is perhaps hard to recapture how genuine and dangerous instability in Greece seemed, how close Greece came to war with Turkey, and deep was the fear of spreading instability to neighbouring Spain, Portugal and Italy.

Greek enlargement positioned European integration as a crucial element in southern Europe’s transition to democracy and became a reference point for subsequent enlargements in Eastern Europe. The strategy of linking European integration with democracy and national security proved successful, among other things, as it capitalized on the emerging identification of Europe with liberal democratic values and prosperity in the eyes of the Greek people. Following a similar line of thinking to that pursued by Karamanlis in the 1970s, reformist politician Kostas Simitis, Greece’s prime minister in 1996, strongly advocated and pursued Greece’s accession to the Economic Monetary Union and the adoption of the Euro by 2001 as a means of positioning the country at the very core of the EU. Without having a blueprint of how this would be achieved and lacking genuine public debate, the anchoring of Greece to these European institutions was pursued under the premise that it would bring modernization, liberalization of the economy, and a reformist agenda at home.

This was not the first or the last time since the inception of the Greek state that the political and intellectual elites turned to Europe. Greece had a tradition of participation in numerous alliances throughout its modern history because of its small size, economic underdevelopment, internal political divisions, and unstable geopolitical position. Such alliances enabled Greece to strengthen its national security and advance its economic development. Often, however, such reliance on external allies subjected Greece’s national domestic politics and policies to foreign influence and allowed several political elites to view these alliances, including EEC/EU/Euro membership, either as a panacea that would cure all the country’s problems, from economic modernization to external security, or as a plague to be blamed for the country’s ills.  Greece’s European choice has always embodied such contradictions between, on the one hand, what Nikiforos Diamantouros has called the ‘the culture of the underdog’, beset with feelings of exploitation at the hand of the West, and, on the other, the relentless quest for modernity and reform. Both positions, however, have always been accompanied by a nationalistic and polarizing discourse on both the left and right of the political spectrum. Since the institutionalization of Greece’s European relationship in 1981, this contradiction has been disguised by a broadly positive balance sheet with the functioning of a genuine democratic system featuring as one of the major assets.

Over the last five years, however, the Greek society has been fed a very heavy diet of austerity policies, spiralling towards disaster with no clear prospect of a happy ending. Instead of an honest explanation for their endured hardships, Greeks have witnessed a seemingly endless stream of accusations, as the contemporary press and European political elites engaged in an often myopic blame game over the origins of the crisis and how to get out of it. Even within Greece, pundits and policy-makers are deeply divided over the origins of the crisis with some focusing on the macro causes of the Greek predicament and thus heavily criticizing the practices of the old PASOK-ND political establishment with its overstuffed public sector and institutionalization of clientelism. Others point to the European leadership’s short-sightedness, lack of vision, political incompetence and obsession with one size fits all- remedies that lead to the pauperization of Greek society and are ultimately politically toxic for Greece, as evidenced by the successive elections that have taken place since 2009, with the apogee being the controversial and – what turned out to be- counterproductive referendum of 5 July.

Since February, SYRIZA has explicably taken the brunt of the blame for the ongoing game of chicken of its government, failure to deliver its electoral promises, and loss of any trustworthiness with its European partners in endless months of stalled talks where bluster and threats took centre stage. SYRIZA won the elections with the promise of reversing austerity but maintaining the county’s place at the heart of European integration, and thus within the Euro. It was only in the last dramatic week of closed banks and capital controls and after a record 17 hours long Euro summit meeting that Tsipras, staring into the abyss of the catastrophic scenario of a return to the drachma, acknowledged the futility of the electoral promises and decided half-heartedly to sign up to a much harsher deal than the one rejected by the Greek people in the referendum, but one that keeps Greece within the Euro. With the third rescue package in the offing, widespread scepticism surrounding its capacity to restore the country to good health and the Europeans failing to comprehend the political limits to the austerity a government can impose on its people, no-one can guarantee what the future holds for Greece and its relationship to Europe, a country caught again in a battle between defiance and yearning for modernity, with both a claim to a democratic mandate at its heart.