New Historical Perspectives is a book series for early career scholars within the UK and the Republic of Ireland. Books in the series are overseen by an expert editorial board to ensure the highest standards of peer-reviewed scholarship. Commissioning and editing is undertaken by the Royal Historical Society, and the series is published under the imprint of the Institute of Historical Research by the University of London Press.

To date, the NHP series has published 10 titles (monographs and edited collections), with a programme to publish 5 new titles each year. The series is distinctive in the following ways: 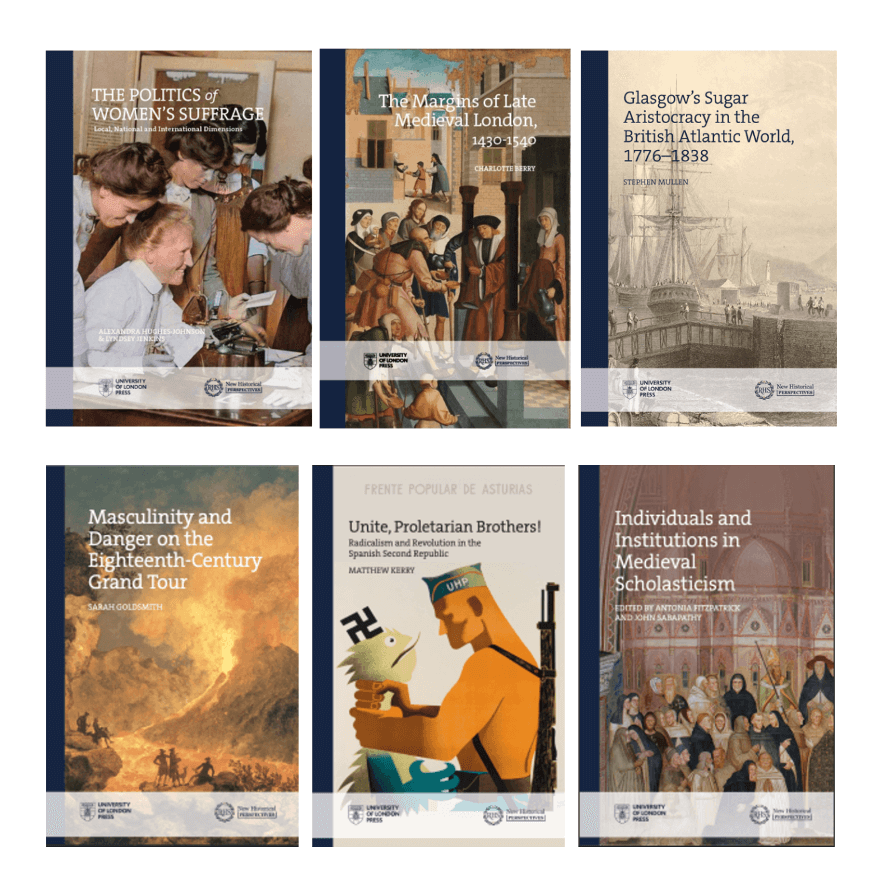 About the NHP Editorial Board

New Historical Perspectives aims to be inclusive and supportive to all early career scholars seeking to publish their first (or second) book. The Editorial Board also seeks to reflect this policy of diversity and inclusiveness in everything we do together. This has recently given rise to a new opportunity for up to 4 new members to join the Editorial Board as expert reviewers.

This latest call will replace several existing members who have recently completed their 4-year term. We especially welcome applications from historians in post-92 universities, and those working on neglected aspects of ethnicity, gender and global histories. In this endeavour, we seek to better reflect the diversity of researchers and their academic interests in the sector. We also seek colleagues who have particular interests in medieval history or twentieth-century history (including global history). If you are that person, we would be delighted to hear from you.

Responsibilities of the Editorial Board

As an Editorial Board member, you will be expected to:

We normally expect members to be resident in the UK so that they can attend the meetings, and participate at in-person workshops for their author.

How to apply for the Editorial Board

All applications should be submitted via the RHS Applications Portal. Please submit:

If you have any questions about the Board ahead of an application please contact the NHP Series Editors: Professor Elizabeth Hurren (University of Leicester, eh140@leicester.ac.uk) or Professor Heather Shore (Manchester Metropolitan University, h.shore@mmu.ac.uk)