Home > Events > Why are we Obsessed with the Nazis? The Third Reich in History and Memory: Richard Evans and Ian Kershaw in conversation with Nikolaus Wachsmann 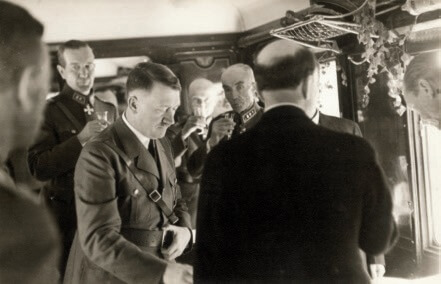 The legacy of Nazi Germany still has a strong hold on us – in daily news stories, in bookshops and cinemas, on television and on the Internet. But how has our thinking about the Third Reich changed over the decades? In a rare public event, two of the world’s leading historians of modern Germany reflect on the ways in which our understanding of Nazi Germany has been transformed and continues to evolve.

The discussion will be followed by a reception to mark the recent publication of Richard Evans’ The Third Reich in History and Memory and Nikolaus Wachsmann’s KL: A History of the Nazi Concentration Camps.

Sir Richard J. Evans is President of Wolfson College, Cambridge, and Provost of Gresham College, London. His books include The Coming of the Third Reich (Penguin, 2003), The Third Reich in Power (Penguin, 2005) and The Third Reich at War (Allen Lane, 2008). He is currently completing The Pursuit of Power: Europe 1815-1914, a volume in the Penguin History of Europe.

Nikolaus Wachsmann is Professor of Modern European History at Birkbeck College, London. His books include Hitler’s Prisons. Legal Terror in Nazi Germany (Yale University Press, 2004). He is also the co-editor of Concentration Camps in Nazi Germany. The New Histories (Routledge, 2010).