Home > Events > What (is) Medieval?: Bad History and Contemporary Medievalism 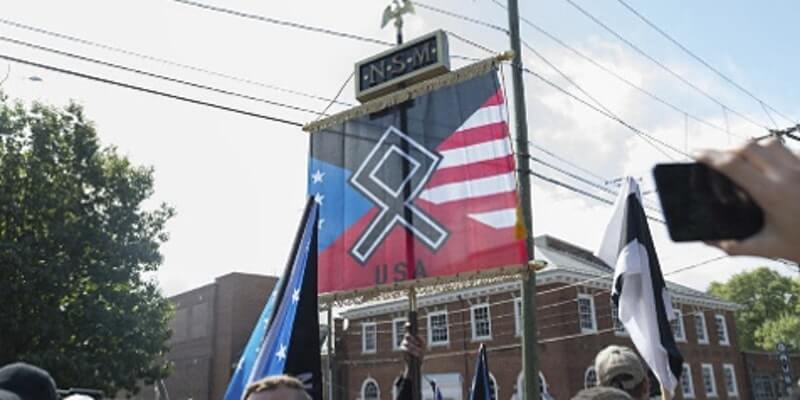 The explosion of popular and political medievalisms in the 21st century has coincided with a proliferation of scholarly interest in those medievalisms, together reaching a disturbing peak by 2021. Within only 4 years, neo-Nazis could be found carrying tiki-torches and Viking symbols through Charlottesville, Virginia, leaving one person dead; within three years rune-tattooed white supremacists stormed the US Capitol building. On 1st January 2019, incoming Brazilian president Jair Bolsonaro could be heard crying “Deus Vult!” to his followers, while two months later 51 worshippers at a mosque in Christchurch, New Zealand were shot dead by a terrorist varying out a self-appointed crusade against Islam.

The resulting debates about the past in general, and medievalism in particular, have become increasingly heated, and increasingly divergent. As several commentators have observed, the proponents of these arguments find themselves further apart from their middle ground, to the point that passionate debates about free speech, the right to protest, and the protections of statues (and not women) have been described as a new kind of History Wars, in which challenges to a whitewashed past are brushed aside by the self-appointed guardians of an equally contested version of history, with each side accusing the other of carrying out bad history.

The debate thus turns full circle, from a postmodern historiography which frees the signifier to be hijacked in the first place to a reassertion of the fixity and quiddity of history which seeks to reattach meaning, literally, to concrete objects.

In this talk, I discuss the accusations of bad history as a broader debate about audiences, ownership and historical authority in a networked era. After all, I argue, the series of hand-wringing editorials and letters-to-the-editor only emerge from the margins to the centre by dint of the very same processes that allowed for the criticisms of white privilege to be mounted, namely the proliferation of media and network platforms propped up on and through user-generated content, and besieged by precisely the same problems of ownership and authority. This talk will build on the parallels between the rise of user-generated content (UGC) and the explosion of popular and political medievalism to ask what is bad history, how do we recognise it, and who gets to label it as such in the first place?

To register for this event go to:  https://www.eventbrite.co.uk/e/dr-andrew-br-elliott-bad-history-and-contemporary-medievalism-tickets-146597241295