Home > Events > Waterloo and its Legacy 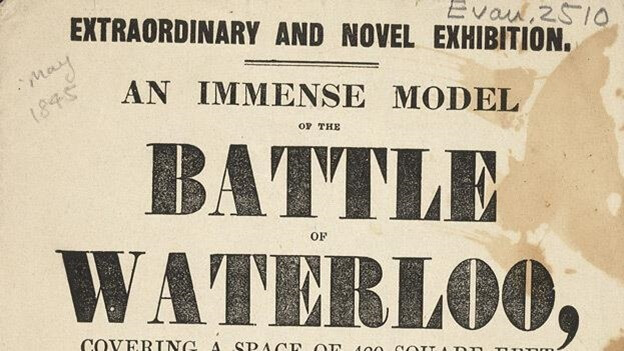 Shocking contemporaries and participants alike by the scale and carnage of the battle, Waterloo ended Napoleon’s imperial ambitions and helped to shape the political map of modern Europe. To commemorate the bicentenary of this momentous battle, leading academics and writers, in partnership with History Today, will discuss its legacy, from the forging of a British identity to the rise of a cult of Napoleon.

Michael Broers is Professor of Western European History at the University of Oxford and author of Napoleon: Soldier of Destiny. Robert Eaglestone is a writer and Professor of Contemporary European Literature and Thought at Royal Holloway, University of London. He is series editor of Routledge Critical Thinkers. Alan Forrest is Emeritus Professor in Modern History at the University of York and author of Waterloo. Jenny Uglow is a critically-acclaimed biographer and historian. Her most recent book is In These Times: Living in Britain through Napoleon’s Wars, 1793-1815. Chaired by Paul Lay (editor, History Today).