Home > Events > Warfare and the Global Spread of Constitutions: An Argument 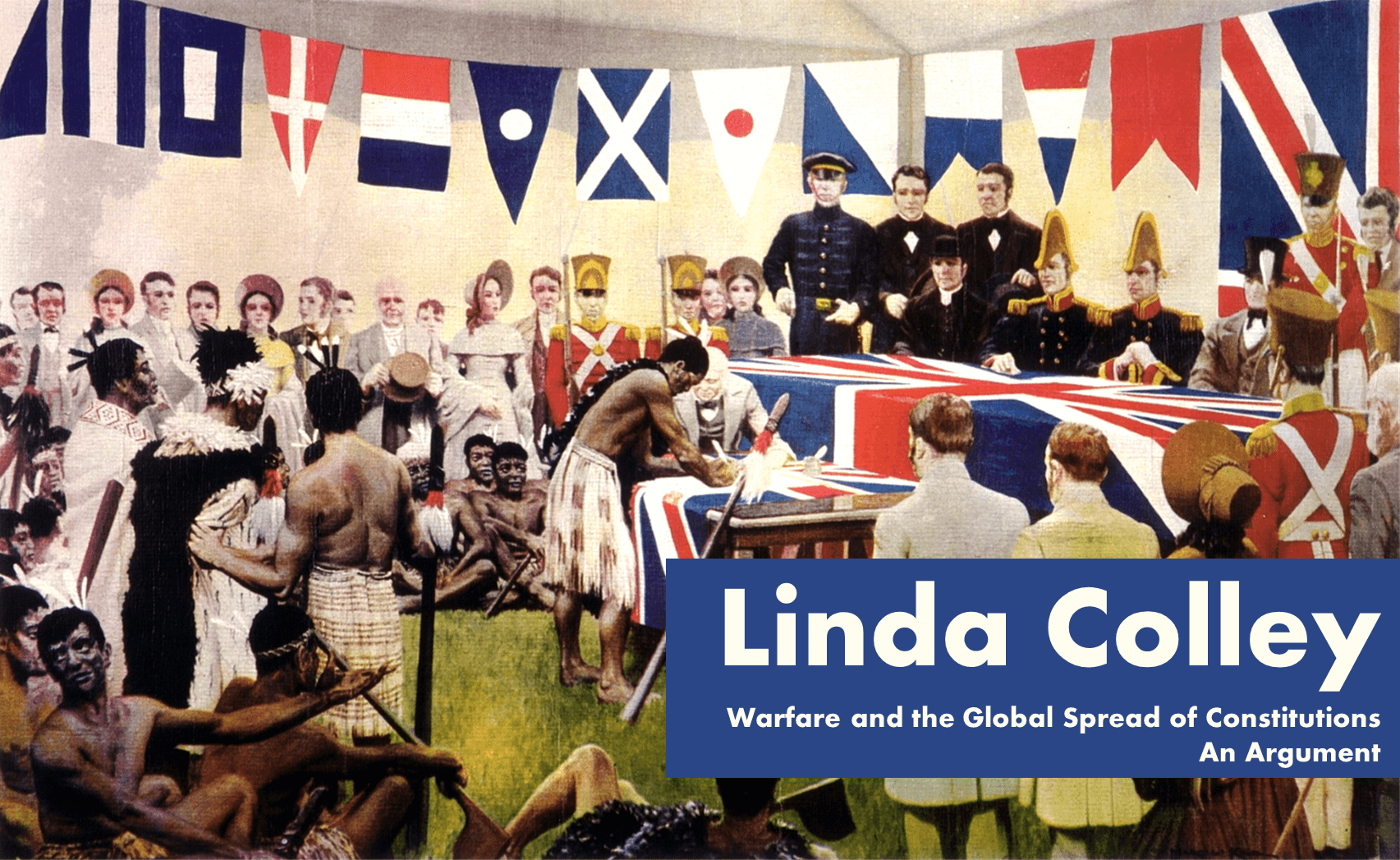 Linda Colley – Warfare and the Global Spread of Constitutions: An Argument

A lecture on empire, warfare and constitution-making. Free and open to all.

Linda Colley is a historian who specialises in post-1700 British history, a focus which has led her into studies of nationalism, empire and global history. She is currently the Shelby M.C. Davis 1958 Professor of History at Princeton University in the United States.She is author of a number of critically-acclaimed books. They include In Defiance of Oligarchy: The Tory Party 1714-1760 (1982), Namier (1988), Britons: Forging the Nation 1707-1837 (1992) which won the Wolfson Prize, Captives: Britain, Empire and the World 1600-1850 (2002), The Ordeal of Elizabeth Marsh (2007), which was named by the New York Times as one of the ten best books of the year.

In 2014, she was listed by Sunday Times as one of the 100 most influential Britons. Her most recent work is Acts of Union and Disunion, a book and 15-part BBC Radio 4 series was about what has held the United Kingdom together – and what might drive it apart.

Colley is currently writing a book on war, empire and the spread of constitution making in the long 19th century, to be called  ‘The Gun, the Ship, and the Pen: War, Constitutions and the Making of the Modern World. This lecture will offer a preview of some of the history and questions raised within her forthcoming book.

To ensure a place please register via Eventbrite:  https://www.eventbrite.co.uk/e/linda-colley-warfare-and-the-global-spread-of-constitutions-an-argument-tickets-95404410159