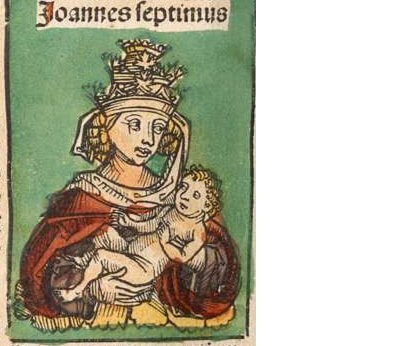 The Uses of History in Early Modern Religious Controversies

From the Reformation, church history presented a challenge to each confession in its own right. Protestants were compelled to invent particularly creative answers because, as Euan Cameron has noted, “the core message of the Reformation called for a shift in perceptions of the Christian past.” This is because Protestants, who aimed to revert to the pristine early state of the Church, were confronted with the key issue of explaining why error had come into the Church after apostolic times. The prevailing models for church history did not suit their view of the degeneration of the medieval Church, so that Protestant historians in the Reformation had to re-invent the discipline. Catholics, on the other hand, aimed to show that church institutions and doctrine from apostolic times had always been the same.

This conference builds on the recent volume “Sacred History: Uses of the Christian Past in the Renaissance World”, edited by Katherine Van Liere, Simon Ditchfield and Howard Louthan (Oxford 2012). It will push research into the field further by concentrating on the polemical interactions between Catholics and Protestants. It will also explore to which degree history and theology were fused together in the process and to which degree they could be separated.

The historiography of Christianity is a fundamental and burgeoning field in current scholarship, a fact which, in combination with the contemporary topicality of and sensitivity to religious difference and identity, suggests that this conference will be of interest to people both within and without the academy.

David Bagchi (Hull)“O Constance, be strong upon my side!” Contesting the Council in the Reformation, c. 1520-c.1550

Harald Bollbuck (Göttingen) Searching for the true religion: the Church History of the “Magdeburg Centuries” between critical methods and confessional polemics

Jean-Louis Quantin (EPHE, Paris) The saint, the pope, and the emperor: the deposition of John Chrysostom in confessional polemics

Jan Machielsen (Cardiff) Pope Joan on the frontlines: the unknown debate between Egbert Grim and Johannes Stalenus in the 1630s

Kevin Killeen (York) The eye-sore of the Bible: Catholic Radicalism

Nicholas Hardy (Cambridge) Biblical criticism and confessional controversy: the text of the Old Testament in the Reformed and Catholic traditions

5.30pm Roundtable: New perspectives on the history of religious polemics

6.15pm Close of the conference with a drinks reception (sponsored by CREMS) followed by a meal for invited speakers.

The Patrides lecture by Euan Cameron, “World History and God’s Grand Design: the historical imagination in the Middle Ages and Reformation”, will take place on 1 June at 6pm. All are invited to this public lecture. Location: Bowland Auditorium, Berrick Saul Building, YO10 5DD.

Conference registration for guests costs £12 or £10 for students (to cover lunch and coffee breaks), spaces are limited. Guests can register via email: stefan.bauer@york.ac.uk.