Home > Events > Travelling around the World: Mass Entertainment in the ‘Haus Vaterland’ in Berlin 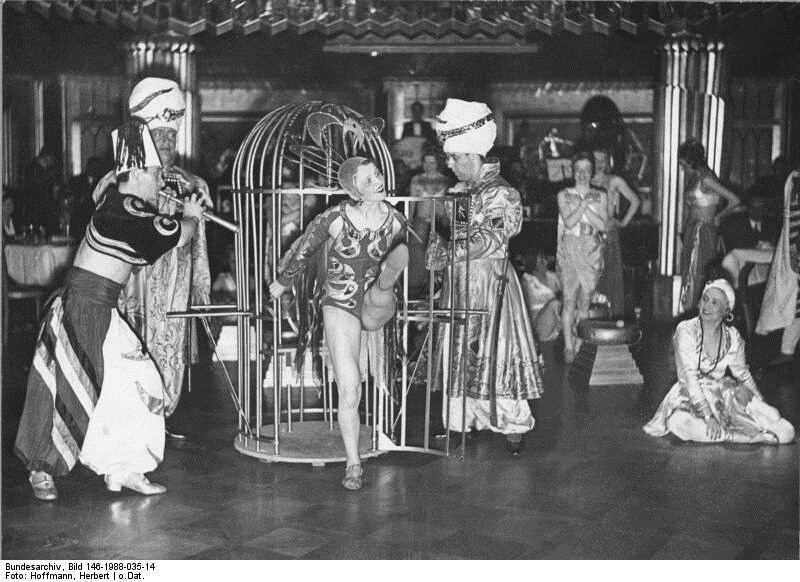 Travelling around the World: Mass Entertainment in the ‘Haus Vaterland’ in Berlin

In 1928 a consortium headed by the internationally renowned wine merchant Kempinksi opened a huge entertainment complex at the Potsdamer Platz in Berlin. It consisted not only of a cinema and ballroom, but also of several themed restaurants—among them a Spanish bodega, a Japanese tea room, a Wild West bar, and a Viennese wine tavern. ‘Haus Vaterland’, despite its patriotic name, promised to assemble ‘the world under one roof’ and in this sense borrowed from the World’s Fair imaginaries. Investigating how ‘the world’ was arranged and performed in one of the most prominent places of public entertainment in Weimar Germany can help us better to understand how knowledge and imaginations about ‘the world’ were produced, circulated, and experienced, and how they shaped modern mass entertainment.

Maren Möhring is Professor of Comparative Cultural and Social History at Leipzig University. She is the author of Fremdes Essen: Die Geschichte der ausländischen Gastronomie in der Bundesrepublik Deutschland (2012) and is currently working on a publication about ‘Haus Vaterland’ and the transnational history of mass entertainment.