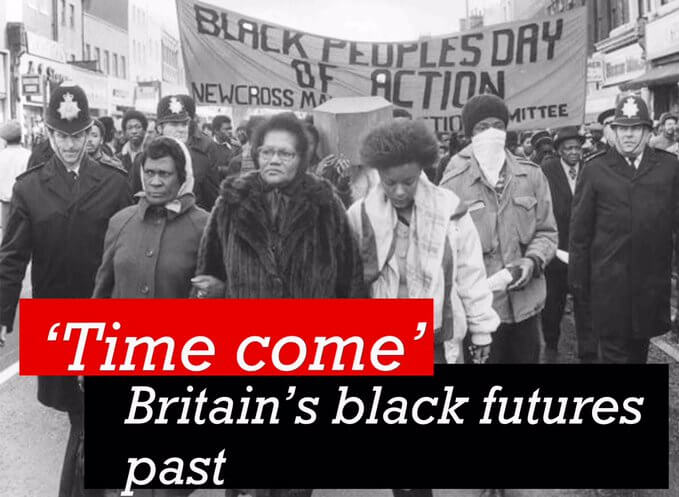 The IHR 2019 Wiley Lecture will be given by Rob Waters (QMUL), in conversation with Kennetta Hammond Perry (Stephen Lawrence Research Centre).

‘It soon come / look out! look out! look out!’. Drawing on the research for his new book Thinking Black: Britain, 1964–1985 (University of California Press), Waters will unpack this sense of impending change captured in Johnson’s poetry by exploring how the demand to ‘think black’, so common in the languages of political blackness of the long 1970s, worked as a call to carve out new historical subjects. This was an era in which remembering the histories of slavery and colonialism became a common concern for black Britons. Waters will show how, for its advocates, ‘thinking black’ meant working to remember these as unfinished histories that would be the driving force of change for Britain, the material out of which new futures would be made. In the project of thinking black, blackness was a historical experience whose time had come. What black futures were imagined at this moment in Britain’s past? And what role did black pasts play in imagining them?

After the lecture, Rob Waters will be joined in conversation with Kennetta Hammond Perry (De Montfort University).

Rob Waters joined the School of History and Cultures at the University of Birmingham in September 2018 as a Lecturer in Modern British History. He is currently a Leverhulme Trust Early Career Fellow in History. His research is concerned with how global race politics and the struggles of decolonization have shaped the modern history of Britain.

Kennetta Hammond Perry serves as Director of the Stephen Lawrence Research Centre at De Montfort University where she is also a Reader in History. Her research interests include Black British history, transnational race politics, Black women’s history, archives of Black Europe, and anti-racist movements for citizenship, recognition and social justice throughout the African Diaspora.

This event is sponsored by Wiley, and held in collaboration with the Raphael Samuel History Centre.