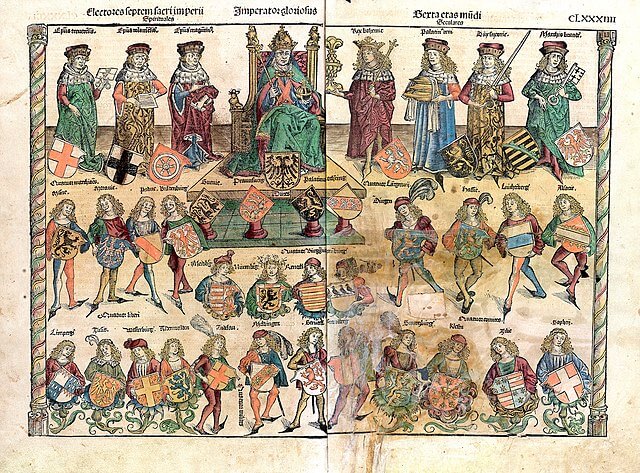 The 2023 Thirteenth Century England is to be hosted from 14th to 15th September 2023 by the University of Heidelberg. After previous and highly successful visits to Paris, our hope for this session is that we can address a variety of Anglo-German themes, looking in particular to ‘England and Germany. Economic, Social and Personal Connections’. From the Emperors Otto IV and Frederick II, via Richard of Cornwall, to the foreign alliances of Edward I, the political and diplomatic relations between England and Germany have been explored, at least in outline. Far less has been written of the comparisons to be drawn between these two parts of Europe, in terms of monetisation, law, or the legal status of women, Jews, and peasants. The trading connections that helped establish the merchants of Cologne or Lübeck as significant players in the politics of thirteenth-century London have to some extent been revealed. But what of the wider personal connections between England and the Rhineland, or between such confederations as the Cinque Ports and the Baltic Hanse? What of literary, artistic or architectural connections? Heidelberg, home to the Count Palatine, himself in the early years of England’s King John closest male heir to the English throne, offers an ideal setting in which such connections and comparisons can be identified and explored.

As with previous Thirteenth Century conferences, our hope is to bring together established key-note speakers with those still in early career, including postgraduate researchers. We invite proposals on any topic within our wider theme, to be sent in approximately 500 words via email to a.jobson@uea.ac.uk. If your proposal is accepted, the Conference will pay travel to and from, with subsistence and accommodation in Heidelberg, for three nights 13-16 September. Others who wish to attend may do so, without paying any conference fee, but finding their own travel and accommodation costs. The dead-line for proposals is the 20th of October 2022.